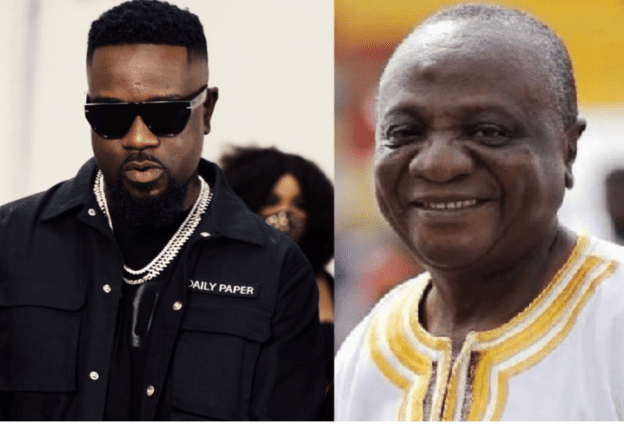 Rapper Sarkodie has joined the tall list of musicians who are mourning the demise of veteran Ghanaian Highlife musician, Nana Ampadu.

In a tweet, the ‘Highest’ rapper, who has an unreleased song with the music maestro, remembered him as a man of wisdom.

Listening to the recorded voice, Nana Ampadu asked Sarkodie to refrain from putting out his personal sentiments and issues on social media.

He also advised Sarkodie to avoid all the negative news that will be intended to drag his name through the mud.

According to Nana Ampadu, it is always apt to avoid social media if one wants to maintain dignity and respect.

Sarkodie accompanied the voice with a video of himself and the late Highlife legend.

The 76-year-old, according to sources, died at the Legon Hospital after he fell sick overnight. He was rushed to the emergency ward on Tuesday morning and died shortly.

The composer, guitarist and singer, who is a household name both in the country and abroad, hails from Obo-Kwahu in the Eastern Region.

Nana Kwame Ampadu shot into prominence in 1967 with his ‘Ebi Te Yie’ (some are living well) track which many said was politically motivated.