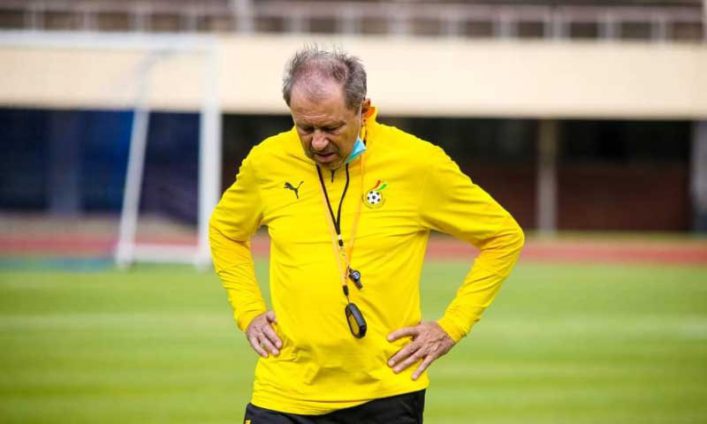 The decision was taken after an emergency meeting between the Ministry of Youth and Sports and Ghana Football Association (GFA) on Friday.

Social media platform, Twitter, has been chirping intensely since the news broke.

Some users are pleased by the news and have commended the Ghana Football Association for its decision.

Others have however urged that such exercise be carried out at the grass root to nip the issue of “Black Stars’ ill-performance” in the bud.

The call for Milo’s removal emerged after the abysmal performance of the senior national team at the 2021 Africa Cup of Nations. The Black Stars failed to win a single game in the group stage and exited the tournament with a point.

Meanwhile, the Ghana Football Association is yet to release an official communique announcing the removal.

Below are some tweets:

Milovan Rajevac and Olé are jobless, this is what they get when their tactics is weak as Manchester United defense 😂😭

Milovan Rajevac’s sacking is just a 10% fix of the problem.

The technical team and the Black Stars Management Committee should be next on the agenda.#AFCONonGHOne

Milovan Rajevac has lost his craft but there are underlying issues to look at in our football. We have a world cup on our hands and if things are not managed well, we will go and waste Ghana money.@Bridget_Otoo#Ghana#AFCON #BlackStars #GFA #Milovan

Ibrahim Tanko could be named Milovan Rajevac’s successor in the interim.

His name has come up countless times.

Milovan rajevac Milo has been sacked so now are the football people going to impeach kurt for causing financial loss to the state so that Randy Abbey and co will be dealt with or we will just shove this matter under d carpet?

Milovan Rajevac has been sacked.
It even took too long .
We need major overhauling at the top level,The FA itself is a major problem(The President,Exco members,the playing body).It’s time for major rebuilding which is also long overdue.

Herh I didn’t know that Ghana we hurry up like this. Milovan Rajevac sacked as head coach ? Wow. Just wow. if only we can apply this sacking of people not doing their job to other parts of the government sector I think some problems wouldn’t be problems In the country