Some ministers I reshuffled are no more friends with me – Mahama 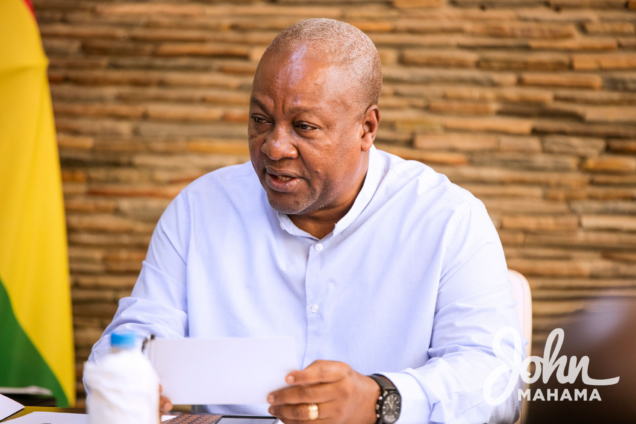 Former President John Mahama has stated that one of the herculean tasks he faced during his tenure in office as President was the reshuffling of ministers.

According to him, although the reshuffling of ministers is well-advised and mandatory in every government, it cost him some relationships he established.

This, Mr Mahama revealed, is because some ministers he shuffled during his tenure are no longer friends with him.

“In my time, I reshuffled some ministers and I know they were not very pleased. Of course, nobody is pleased when you drop them from office and so there are few of them who are not my best friends anymore because I dropped them from office,” he said.

He made this revelation while lecturing Academic City University College students on the topic “Taking Critical Decisions in Decisive Moments as a Leader“ on Friday.

Mr. Mahama’s comment follows several calls for President Akufo-Addo to reshuffle his appointees. However, the calls have fallen on deaf ears.

According to President Akufo-Addo, his appointees are performing well and do not need to change them.

But Mr. Mahama says reshuffling helps the ministers to tap into their potential.

“After a while, take a look at the performance of your ministers and based on their performance you must decide to drop some people and you can also decide to shift some people to other places. They may be probably good but maybe they may not be finding their feet in the ministry you sent them and so after observing them for a year or two you see that this person will do better here because of certain qualities they have.”

According to him, reshuffling is needed to prevent the Ministers from becoming untouchable in their respective ministries.

“Sometimes you take decisions to move people because you don’t want them to create kingdoms in the Ministries in which they are. When the staff of the ministry or the agency know that this person is untouchable then it does not bring out the best in them…and that is what is happening today,” he stressed.

DISCLAIMER: The Views, Comments, Opinions, Contributions and Statements made by Readers and Contributors on this platform do not necessarily represent the views or policy of Multimedia Group Limited.
Tags:
John Mahama
Ministers reshuffling
President Akufo-Addo