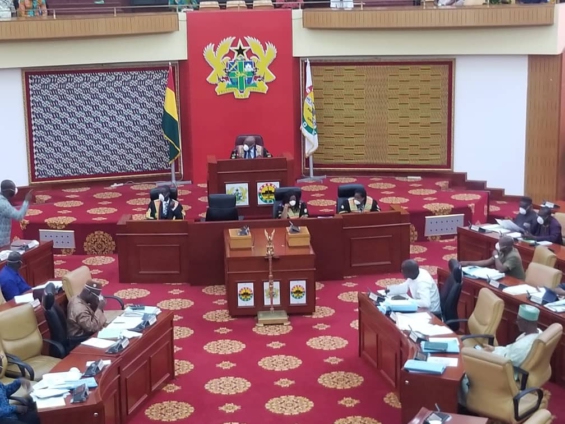 Speaker Mike Oquaye has recalled MPs to the House, three days after he suspended sitting indefinitely.

“I, Right Honourable Professor Aaron Michael Oquaye, Speaker of Parliament, do hereby direct that, the parliament of Ghana shall, notwithstanding anything to the contrary, resume sittings of the first meeting of the fourth session… on Wednesday, the 8th of April 2020…” he wrote.

MPs are being called to approve some of the measures to contain the Covid-19 outbreak which President Nana Akufo-Addo announced in his address to the nation on Sunday.

The House, according to JoyNews sources, is also expected to approve the appointment of Ledzokuku MP, Bernard Okoe-Boye as Deputy Health Minister.

Dr. Okoe-Boye’s appointment was announced in a statement from the Jubilee House on Monday.

He replaces Alexander Abban who has been reshuffled and now serves as the Deputy Communications Minister.

La Dadekotopon MP, Vincent Sowah Odotei who held the post has been axed for undisclosed reasons.

“President Akufo-Addo thanks Hon. Sowah Odotei for his services to the country and wishes him well in his future endeavours,” the Jubilee House said.

Prof. Oquaye’s decision to suspend sitting courted anger from the opposition in the House.

The National Democratic Congress (NDC) MPs described him as a dictator, citing failure to consult them on his decision.

The House was initially scheduled to adjourn for recess but the Speaker said MPs could not go on holiday because “we are not in ordinary times,” in reference to the Covid-19 outbreak.

Majority Leader Osei Kyei-Mensah-Bonsu defended the Speaker, arguing the Minority Leader Haruna Iddrisu had failed to attend pre-sitting meetings with the Speaker which is why he was not aware of the decision.