Spotify Wrapped 2022: Burna Boy, Black Sherif are the most streamed artistes in Ghana 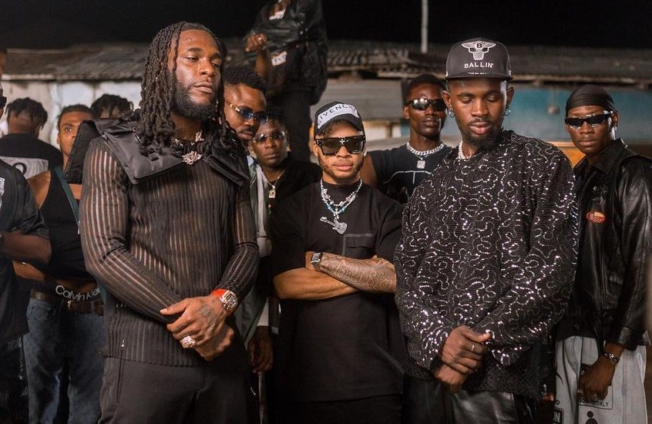 After a year of fantastic musical experience, Spotify is out with the verdict.

The music streaming platform has revealed the numbers behind the sounds to arrive at who attracted the most ears this year.

On Wednesday, November 30, Spotify in its annual round-up found Nigerian superstar, Burna Boy, to be the most streamed musician in Ghana.

The global hits from local artistes did not go unnoticed as Ghanaian break-out sensation, Black Sherif came second in the national ranking.

Kweku Frimpong, as he is affectionately called, has turned out earworms since his emergence onto the scene.

From his sermons to ‘Soja’, the 20-year-old’s projects have left many music enthusiasts impressed.

Spotify’s Most Streamed Album for The Year category was also secured by Burna’s ‘Love, Damini’ in first place followed by Blacko’s ‘The Villain I Never Was’.

Most streamed songs in Ghana in 2022

Most Streamed Songs in the country also found expression in the chart.

In respective order, they are; ‘Last Last’ by Burna Boy, ‘Overloading (OVERDOSE) by Mavins, ‘Kwaku The Traveller’ by Black Sherif, ‘Finesse’ by Pheelz, ‘Bandana’ by Fireboy DML, ‘Buga (Lo Lo Lo) by Kizz Daniel, ‘Down Flat’  by Kelvyn Boy, ‘KU LO SA – A COLORS SHOW ‘ by Oxlade, ‘ For My Hand (feat. Ed Sheeran) ‘ by Burna Boy and ‘It’s Plenty’ by Burna Boy again.

DISCLAIMER: The Views, Comments, Opinions, Contributions and Statements made by Readers and Contributors on this platform do not necessarily represent the views or policy of Multimedia Group Limited.
Tags:
Black Sherif
Burna Boy
Spotify Wrapped
Streaming