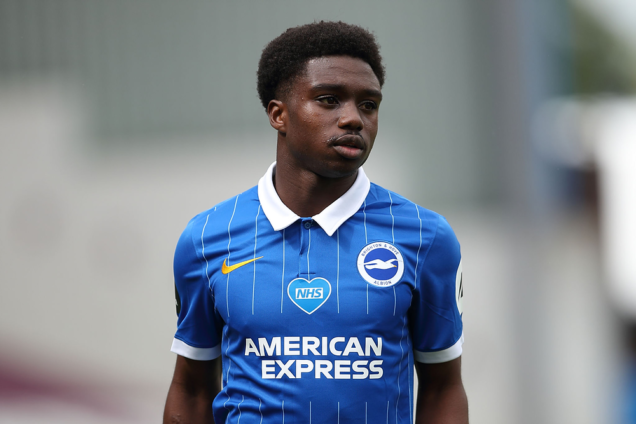 Rising Brighton and Hove Albion star Tariq Lamptey has stated that he is undecided on where his international future lies.

The marauding right-back has been making headlines since he moved to the Amex Stadium from Chelsea in January.

His fast rise to fame has brought up talks of where he will pledge his international allegiance having been born and raised in London to Ghanaian parents.

He has already played for England at various youth levels, but the Ghana FA has an interest in luring him to represent the West Africans alongside Arsenal’s Eddie Nketiah.

“What happens in the future on the international side, we’ll have to wait and see.”

Attracting players of Ghanaian descent has been a struggle for the GFA down the years and ex-Black Star Abukari Damba, in an exclusive with Goal, said the country’s governing body must give more incentives that will make playing for the four-time African champions the better choice.

“We need to be able to give the players the kind of protection that they need,” he said.

“We need to remember players will always need insurances and assurances that in a situation where the unthinkable happens – injuries can come about in the game – we will be by their side and take them through treatment and pay for it.

“The players out there know what the other countries do for them. They are guaranteed all these things when they play abroad. These are the challenges we must address to attract these boys to come and play for Ghana.”

Lamptey starred once again for the Seagulls as they narrowly lost 3-2 to Manchester United when a late Bruno Fernandes penalty was given after a VAR intervention after referee Chris Kavanagh had blown the full-time whistle.

Lamptey’s fast rise to fame has raised questions in some quarters about why Chelsea had to let him go for a meagre sum of £3 million. Lamptey asserts it was the right time to leave Stamford Bridge as he needed to be a place where he could develop further.

“I had been there from a really young age so it was not an easy decision to make but you get to a point where you look at what the best thing is for your career and you speak to your family members and the people around you who help you and how you can take your game to the next level and how you can improve,” Lamptey said.

“As I person I am a really ambitious boy. I am not one to sit back and rest on my laurels.

“I want to keep going and keep driving forward so I felt it was the right time for me to make the move and come to a club like Brighton which hopefully can give me the opportunity to develop into the player I know I can be.”

DISCLAIMER: The Views, Comments, Opinions, Contributions and Statements made by Readers and Contributors on this platform do not necessarily represent the views or policy of Multimedia Group Limited.
Tags:
Black Stars
Brighton
Premier League
Tariq Lamptey