Tema: One of the safest Police regions 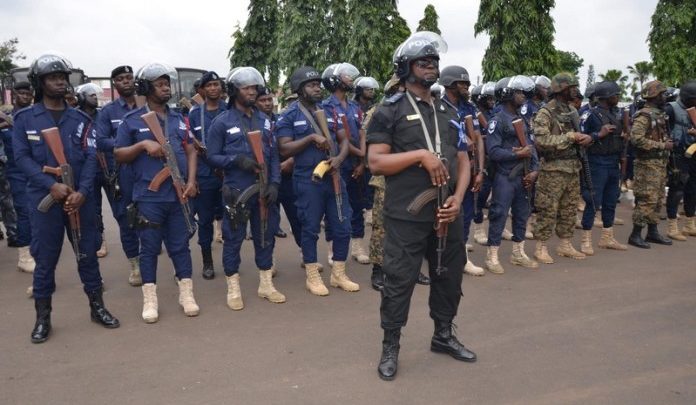 The Tema Regional Police Command has stated that criminal activities in the Tema Region have reduced significantly making residents free to go about their businesses without fear of attacks.

He said security in the region was high, as analysis from crime data, indicated that four major crimes-robbery, murder, rape, and defilement were going down consistently.

The event also served as a motivational mechanism to recognize the editorial contribution of reporters towards national development in general and growth and promotion of the Tema GNA as the industrial news hub.

He said, “it is instructive to note that when you compare the last quarter figures of robbery of 2020 to that of the first quarter of 2021, there has been a significant reduction in robbery by more than 46 per cent”.

Speaking on the topic: “The state of security within the Tema Region: role of stakeholders,” Supt. Acheampong hinted that Tema recorded no election related disturbances that occurred in other regions after the 2020 elections apart from one demonstration at Ashaiman which was managed peacefully.

The Tema Regional Crime Officer explained that, “these are all indications that the region is secured”.

He said the Tema Regional Command achieved these successes due to the measures they put in place, notably consistent analysis of crime data of the region by the Command.

He said when crimes occurred, his outfit identified the victims who were normally community members, workers, etc., and engaged them. In the process, “We let them know their vulnerabilities and they also understand our capabilities, the challenges we face and what they can do to help us to improve the safety of their communities”.

Supt Acheampong also acknowledged the role ‘informants’ in crime prevention with a recent incident being the unravelling of robbery at Tsopoli, in the Ningo Prampram District, in which the informant who helped the police arrest the suspects was rewarded handsomely.

Supt. Sandra Akossah, Tema Regional Police Prosecutor explained that in 1970, the Police Service Act,1970 (Act 350) was enacted under which the Ghana Police Force was transformed in Ghana Police Service to give Ghana’s police organization the attitude of serving rather than applying force as expected in a democratic state.

She said presently, activities of the Ghana Police Service are regulated by the 1992 Constitution of Ghana, with a mandate to maintain public order and ensure the safety of persons and property by maintaining internal peace and security.

Supt. Akossah noted that other Legal Instruments, such as the Police Service Regulations 2012 (C.I 76) also provide some provisions governing the administration and operations of the Service.