The super scary way salt affects your ability to have kids - MyJoyOnline.com

The super scary way salt affects your ability to have kids 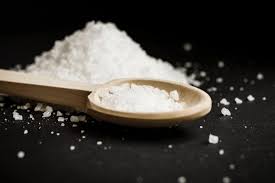 Most of the food that we eat and drink contain salt.

But even though we’re aware of both the benefits and dangers, there’s another scary way that salt affects our health (and our bodies) that we didn’t see coming.

How salt affects your fertility is something we never really consider when we are chomping down on our salted French fries, salted chips, and drinking our salted caramel lattes. But brace yourself, because one study’s findings are particularly alarming.

A 2015 study by the University of Wyoming, as well as a 2020 study funded by the Deanship of Scientific Research at Princess Nourah bint Abdulrahman University, both revealed that having a too-rich salt diet actually messes up your reproductive system.

According to the lead researcher at the University of Wyoming, Dori Pitynski, “High levels of fat and salt have opposite effects on reproductive health… A high-fat diet is thought to accelerate the onset of puberty, but our work demonstrates that rats fed a high-salt diet, even with a high-fat diet, will still show a delay in puberty onset.”

If you have kids, you also need to pay special attention to this. This means that not only can a high salt intake delay puberty, it can also lead to issues with fertility later on in life.

Scientists conducted two sets of tests where they fed one group of rats a high salt diet and didn’t give any salt to the second group. The interesting thing is that both groups showed the same signs of having delayed puberty.

So, if you thought that completely skipping out on salt means you’re in the clear, guess again.

The lead researcher at the Princess Nourah bint Abdulrahman University, Sameh A. Abdelnour, did a study on how salt affects the fertility of animals.

Most animals are exposed to high salt content in their water and food. The study looked into how animals that are fed feed with high salt concentrations reacted to the levels of salt.

It’s believed that salt causes bad reactions to growth, and reproductive function in both males and females due to the decrease in hormone regulation (testosterone, FSH, LH, and leptin).

Abdelnour’s study found that salt promotes inflammatory factors in the placenta and negatively affect pregnancy. But the focus was on growth performance, spermatogenesis, testicular morphology, and sperm function.

That’s because when someone ingests salt, it changes how the brain functions and causes inflammation.

So, not only does salt affect your body negatively, it suppresses the recruitment and development of ovarian follicles, which increases infertility.

The findings concluded that salt in high concentration caused sperm to undergo oxidative stress and injuries, which reduces male fertility, whereas, in females, the high salt diet causes a decrease in the production of ovarian follicles, a decrease in the amount of cell proliferation, and induces apoptosis in granulosa cells.

If that’s not enough to make you throw away those salty snacks, salt causes the placenta to inflame and leads to pregnancy complications by causing a disruption of transport of nutrients to the baby.

Therefore, high salt concentrations could very well be the reason that the human race is experiencing such low fertility rates right now. Well, we feel a headache coming on.