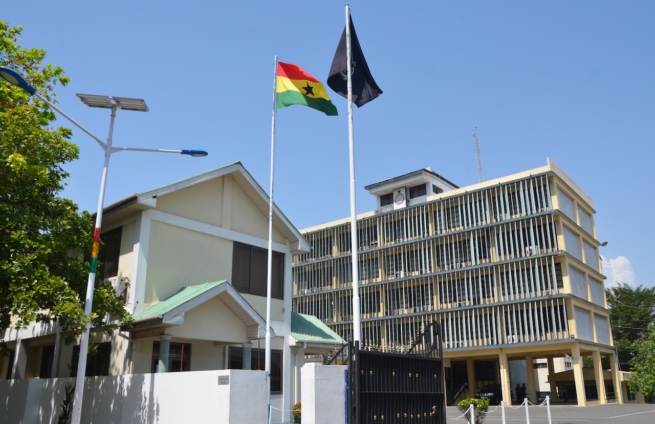 The Director of Faculty of Academic Affairs and Research at the Kofi Annan International Peacekeeping Training Centre (KAIPTC) says the Ghana Police Service has an almost institutionalised culture of falsifying evidence.

Prof Kwesi Aning said that the Service, which ought to place a high premium on record-keeping for prosecuting cases and form the basis for critical decision-making, is altered.

Speaking to Samson Lardy Anyenini on JoyNews’ Newsfile, Saturday, the security expert said that the phenomenon is one of several reasons why the public appears not to have trust in the police service.

“The Ghana Police Service has a historical capacity to falsify information to such an extent that it is impossible for a professional to differentiate between the falsified document and the original document. I am quoting from the Tibiru Report from 1986.”

“Commissioner Tibiru was tasked with looking at the nature and the extent of falsification and crimes within the Ghana Police Service particularly with respect to the examinations, promotions and demotion.

“So what we are talking about in 2018, and the bullion van issue has a long history. An almost institutionalised culture of falsification of lies and of presenting evidence that upon close examination can be torn apart,” he said.

His comments come on the back of what may appear to be a worsening security situation in parts of the country.

It was first in Ejura, where military personnel shot and killed two protesters and injured four others, demonstrating the killing of Ibrahim “Kaaka” Mohammed, a social activist and member of the #FixTheCountry movement, who was beaten to death by unidentified people.

According to Prof. Aning, the refusal of the security services and their political masters to engage citizens has resulted in the brutalities recorded in recent times.

He believes that the experiences and observations of citizens must be an integral part of intelligence gatherings by the Police Service and the military.

Professor Aning also questioned the police intelligence that went into the arrest of some 215 persons related to the Jamestown bullion van attack.

He said, “are all these people related to one crime? If they were, then the quality of police intelligence is not only bogus but non-existent. Precisely because in undertaking such a mission, every extra person who gets to know about the operation raises the possibility of the leakage.”

He also criticised the Service for putting in the public and thereby risking the life of a private individual with CCTV footage of the criminals who attacked and killed the police officer and one other.

The Security Expert further stated that the Service’s desperation to present results in dealing with crimes exposes its weak capacity.

The Director of Faculty of Academic Affairs and Research at KAIPTC called for the intervention of the Police Council and the Parliament’s Committee on Defence and Interior to foster trust in the security agency.

Prof. Aning, however, admits it will take a lot of hard work in addressing the institutional failure and for the police service to gain the confidence of the larger population.