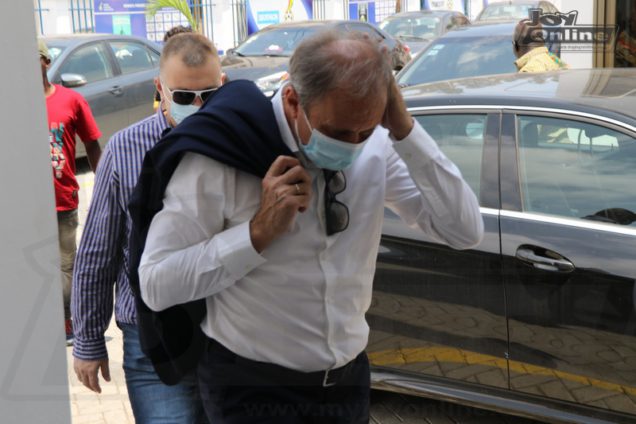 For up to the minute updates on trending stories and news, Twitter remains the social media platform that keeps you informed.

This Week on Twitter #TwitterGhana captures the latest in music, movies, sports, entertainment and more you might have missed

GFA shared the news in a Tweet on Wednesday evening. Various media stations including Tv3 analysed and discussed the news extensively as seen in this Tweet.

Joy997FM’s Sport Broadcast Journalist George Addo Jnr also Tweeted to express his thoughts on the sacking, and GTV Sports Tweeted an interesting question; asking if the GFA should’ve appointed the coach a second time? Share your thoughts with the hashtag #TeamGhana.

Though the Black Stars may be out of the #AFCON2021 tournament, Juliet Bawuah and Gary Al Smith are doing an amazing job keeping the Twitter community and football fans informed with commentary on all the latest happenings at the on-going tournament. With custom hashtags – #AFCONwithJuliet & #AFCONwithGary, you are sure to stay up to date as the quarter finals set in.  You can always replay the Spaces recordings to catch up on the commentary and one-on-one interviews related to AFCON. Check out the latest Spaces from Juliet.

On Wednesday, media personality Nana Aba, who is the most followed Ghanaian woman on Twitter Ghana, was trending as she launched her foundation, Hearts Wide Open. The foundation was outdoored in a colourful event and is aimed at “supporting efforts to create opportunities for destitute yet talented citizens”. TV personality Serwaa_Amihere, penned some beautiful & inspiring words about Nana Aba in a Tweet which said: “One thing about Nana Aba is, she has a good heart…”. See video snippets of the launch and reactions from Ghanaians on Twitter here.

Theophilus Otoo known in the  Showbiz circles as Epixode Music has finally dropped his official video for his captivating song titled ‘Jehovah’, which features Stonebwoy. He took to his Twitter handle to Tweet about the news with his fans.

The new song is a follow-up to his recently released song “Faya”, and produced by Samuel Ohemang Oware a.k.a DatBeatGod. Entertainment Blogger Kobby Kyei also posted the video in a Tweet.

Tweeting his reactions, a Twitter user known as Henry Knight applauded Blacko for his musical and lyrical talent. Here is the original Tweet by Yaw Dyro.

The AsanteKotoko_SC vs  Great Olympics  football match has been rescheduled for Friday, 28 January. There is no doubt that this match will be eventful! Here is a Tweet posted by Asante Kotoko with the new date of the game. Follow the match and share your predictions with the hashtag #KotokoOlympics #KOTOLY

DISCLAIMER: The Views, Comments, Opinions, Contributions and Statements made by Readers and Contributors on this platform do not necessarily represent the views or policy of Multimedia Group Limited.
Tags:
AFCON 2021
Black Stars
Ghana Football Association
Milovan Rajevac