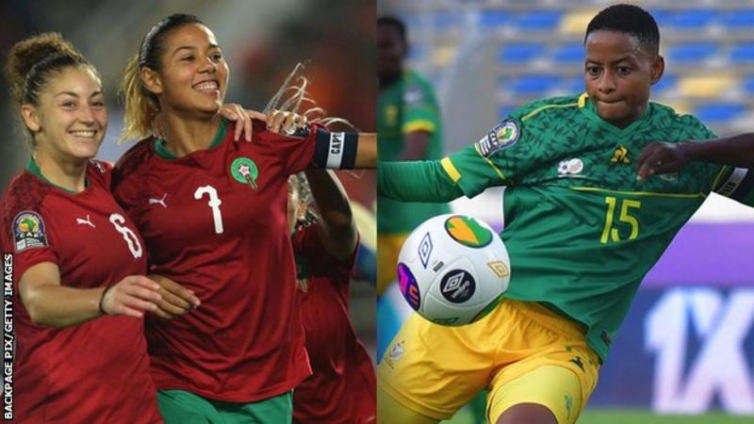 Before tonight’s big game CAF Online looked at the WAFCON final by the numbers.

0 – The 2018 final is the only edition to end 0-0 and be decided on penalties. Nigeria won a 9th title, defeating South Africa on spot kicks.

1 – Victory for Morocco or South Africa will hand them their first WAFCON title.

2 – Host nations have lost in the final twice previously, South Africa in 2000 and Cameroon in 2016, both to Nigeria. Victory for either nation will see them become the second country along with Nigeria to have their men’s and women’s teams crowned continental champions. Morocco were AFCON winners in 1976 and South Africa in 1996.

3 – The winner will become the third nation to win the WAFCON title, after Equatorial Guinea who have two titles and Nigeria with 9. They will also be the first new winner of the tournament since Equatorial Guinea in 2008.

4 – South Africa have won four games at the current tournament by a single goal, they have won their last three games 1-0. They only won a game in Morocco by a greater margin against Burundi 3-1 in the group stages.

5 – South Africa are participating in their fifth WAFCON final. They have now reached a final in Central, West, North and Southern Africa and are the first team to reach WAFCON finals in four hemispheres of the continent. It is the first time they have reached back-to-back finals.

7 – This is South Africa’s 7th meeting with a WAFCON host. They have lost all of their previous six encounters against the hosts. Morocco are the fourth host nation they will face along with Cameroon, Equatorial Guinea and Nigeria. It is their third meeting in a final with a host. They lost to Equatorial Guinea in 2008 and 2012.

9 – Nigeria are the most successful country in the competition, winning the title on 9 occasions, the joint most continental titles in Women’s Football along with China (AFC) and the USA (CONCACAF).

10 – Should the winning nation manage to keep a clean-sheet it will be the 10th time in WAFCON final history that the winners’ defence has not been breached. Only twice before in 2008 (EQG 2 RSA 1) and 2010 (NGA 4 EQG 2) have both teams scored in the final.

100 – The percentage of wins that Nigeria have in the final of the WAFCON, winning all 9 of the Championship games they have played in WAFCON finals.