We have not failed humanity by building prison infrastructure - Church of Pentecost - MyJoyOnline.com 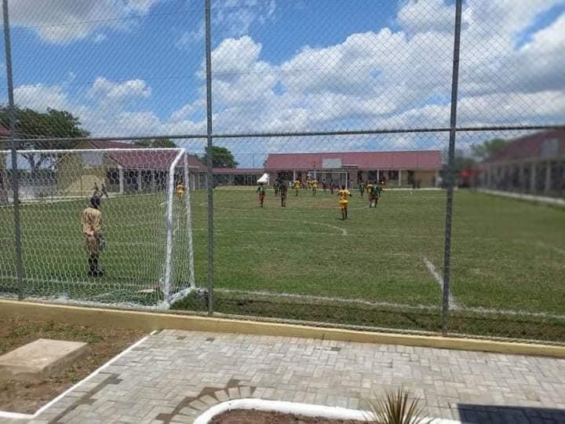 The General Secretary of the Church of Pentecost has rejected assertions by a section of Ghanaians that the church has failed humanity by building a prison facility for the Ghana Prisons Service at Ejura.

Apostle Alexander Nana Yaw Kumi-Larbi in an interview on JoyNews’ News Desk Wednesday stated that the church has worked earnestly to support its members.

His comments comes after some social media users lashed out at the Church of Pentecost for building a prison facility when many people particularly, the youth are unemployed and struggling to make ends meets.

In their view, the Church should have invested in a venture that will keep people out of prison rather than building an edifice to house them.

But citing Matthew 25, the General Secretary said the vulnerable will always be with the society, thus, as Christians charged to abide by the teachings of Jesus Christ, they must look out for them.

“We have not failed humanity and Ghanaians. History will bear us out that various educational institutions that we have in this country were put up by Christian institutions. Jesus said the poor, the sick and the vulnerable will continue to be with us. That doesn’t mean we should not extend a helping hand to them.

“When somebody finds himself or herself on the wrong side of the law and is incarcerated, Jesus will ask us ‘When I went there [to prison], what did you do?’ So it is based on this that we are doing what we have done. It is just awakening that has come to us that we can’t continue to neglect these people,” he stated.

The Church of Pentecost on Tuesday donated a newly built prison infrastructure to the Ghana Prisons Service at Ejura in the Ashanti Region.

The fully furnished facility has three dormitory blocks with the capacity to accommodate 300 inmates.

It has an administration block, a chapel which will serve as a classroom, a football pitch, baptistery, modern washrooms, mechanized boreholes, offices, infirmary, workshops and other auxiliary facilities.

The Ejura Camp Prison was jointly commissioned by the Interior Minister, Ambrose Dery and Chairperson of the Church of Pentecost, Apostle Eric Nyamekye and the Chief of Ejura, Berima Osei Hwedie II.