We received only 7 mattresses from NADMO – Assembly member 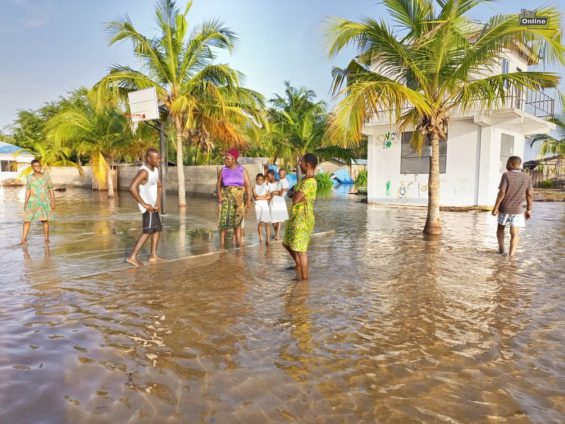 A member of the Keta Municipal Assembly has indicated that only seven student mattresses were presented to victims of the Keta tidal waves by officials of the National Disaster Management Organisation (NADMO) when they visited victims on Tuesday.

“Only seven student mattresses were presented to about 63 people at the Community Center,” he said.

The tidal waves that hit communities in the Keta Municipality on Sunday, November 7, 2021, has rendered many homeless and left others displaced.

Communities such as Abutiakope, Kedzikope, and Keta Central are largely affected to the extent that residents have nothing to salvage.

Victims are therefore calling for support.

In view of this, the CEO of the Ghana Chamber of Telecommunications, Dr. Ken Ashigbey who was also on the Super Morning Show, entreated the general public to support a cause aimed at raising funds for the victims under the 1,000 to donate a ₵1,000 initiative.

“The plan is to see how we raise some funds. We want to start from home. So from those of us from the Volta Region and close by, we start with us and we are saying that can we get a thousand Voltarians to donate a ₵1000, get another 1000 to donate ₵500 cedis in that particular order and also those who will be able to support us in kind in terms of relief items can donate beddings, mosquito netting, food, clean source of drinking water,” Dr. Ashigbey said ,

“When disaster strikes that’s when we all need to come together as citizens to support each other,” he added.

DISCLAIMER: The Views, Comments, Opinions, Contributions and Statements made by Readers and Contributors on this platform do not necessarily represent the views or policy of Multimedia Group Limited.
Tags:
NADMO
Super Morning Show