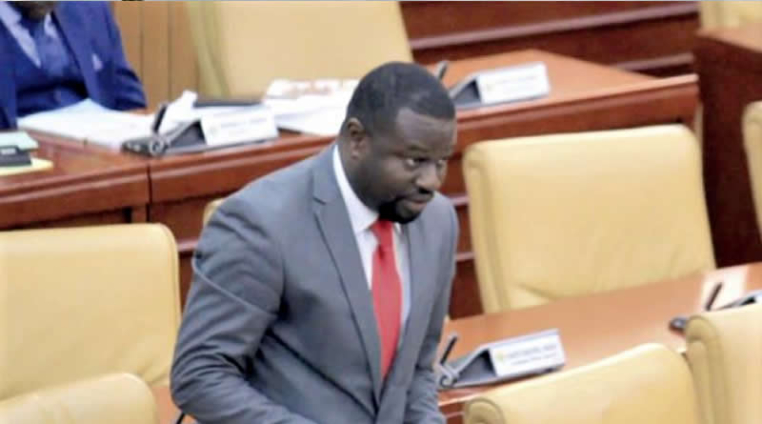 Majority Chief Whip, Frank Annoh-Dompreh has asked his colleague in Parliament, Muntaka Mubarak to be measured in his criticism of the government in relation to release funds for Parliamentary business.

Mr. Annoh-Dompre’s assertion comes after Minority Chief Whip, Muntaka Mubarak stated that GH₵25 million allocation for goods and services for Parliament was to clear arrears and that Parliament has not received funds apart from salaries.

Speaking on Top Story on Monday, in response, Mr. Dompreh insisted that “it is not correct for somebody to say that apart from salaries for 2022, no release has been made.”

He refuted the claims saying that the funds have been released to Parliament this week.

He added that Mr. Muntaka did not update himself before commenting on the matter.

He, however noted that the criticisms have been taken in good faith.

“The delay he knows … is coming from us as an institution, because the collation of data, some MPs have changed their accounts, some MPs have made some amendments to their data that we needed to supply and it took some time before we supplied this data to the National Health Insurance Authority and when it was done, the payment has gone through,” he explained.

He added that the delay in the release of funds and salaries is due to administrative reasons. Therefore, government cannot be blamed entirely.

According to him, the administrative delays currently experienced in Parliament are not new.

“I do not agree with the drama with which our colleagues are speaking with. This delays are not new. I think they are blowing it out of proportion but we take it in good strides,” he said.

He, therefore asked for Minority to criticise “with a bit of modicum of consideration.”

Meanwhile, the Executive Director for the Parliamentary Network, Africa, Sammy Obeng, has expressed worry over reports that Parliament lacks fund to carry out its duties.

According to him, Parliament is an integral part of the country’s governance, and therefore there is the need for Parliament to be adequately resourced for the execution of its mandate.

Speaking in an interview with Benjamin Akakpo on the AM News on Friday, he noted that the lack of funds for Parliament to run its affairs, can derail its work and hamper its effectiveness.

“If Parliament will be independent, if Parliament will be able to assert as a co-equal branch of government that will have to do the work that it has to do through making laws, overseeing the executive branch and also representing the people, then it must be adequately resourced”, he said.

DISCLAIMER: The Views, Comments, Opinions, Contributions and Statements made by Readers and Contributors on this platform do not necessarily represent the views or policy of Multimedia Group Limited.
Tags:
Frank Annoh-Dompreh
Muntaka Mubarak
Parliament