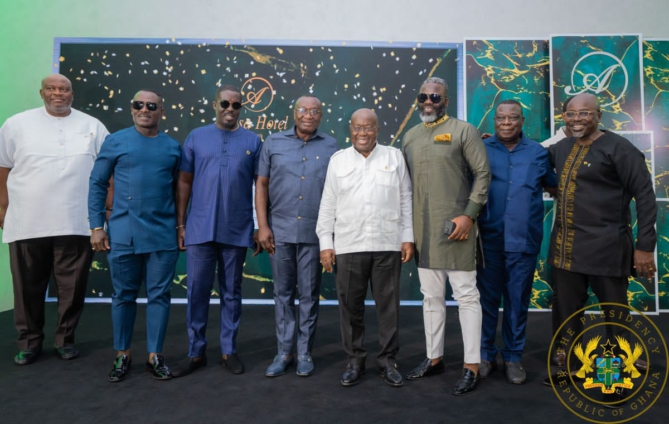 The President of the Republic, Nana Akufo-Addo, says his government, since coming into office in 2017, has put in place measures and initiatives which have resulted in the construction of a thriving tourism economy in the country.

According to President Akufo-Addo, “we want to use tourism as an effective tool for economic transformation, which will help to create jobs and prosperity for the people. That is why Government, with the support of international partners, is investing heavily in key tourism attractions, which will, in turn, boost tourist arrivals this year and beyond.”

Speaking at the formal opening of the Tema Branch of the Alisa Hotel, on Friday, 30th September 2022, the President indicated that the hospitality sector is the third largest contributor to the country’s GDP, after cocoa and oil and gas, accounting for two (2) out of every ten (10) jobs in the country.

Following the rebounding of the hospitality and tourism sectors, “after Government undertook some bold and decisive measures, which saved lives, livelihoods and businesses, as well as through the global easing of (COVID-19) restrictions”, President Akufo-Addo told the gathering that Government has put in place plans to build a state-of-the-art tourism and hospitality training school in Accra.

“The ten-million-US-dollar (US$10 million) facility will serve West Africa, and provide customer care training to operators in the tourism and hospitality value chain. When customers are happy and delighted, they do not only stay longer in hotels, but also spend more, and likely to return in the future with family and friends. Building the capacity of tourism players is, therefore, important in our quest to be the tourism destination of West Africa,” he said.

The President noted that Government’s focus, over the next eighteen (18) months, is to exploit Ghana’s culture, heritage, history, hospitality and beautiful natural scenery to attract tourists, fun-lovers and leisure seekers hoping to find a unique experience in Africa.

In addition to the abundance of natural resources, he stated that Government has embarked on a product improvement plan, where several tourist sites in the country are currently undergoing site renovations. These include the Aburi Botanical Gardens, the Yaa Asantewaa Memorial Museum and the Kente Museum, both in Kumasi.

“This year alone, it is expected that some twenty-five million United States dollars ($25 million) will be expended to upgrade some of our iconic sites, including the famous Elmina and Cape Coast Castles, the Kwame Nkrumah Memorial Park, the Mole and Kakum Parks, and cultural Museums in Yendi in the Northern Region, Ejisu in the Ashanti Region, Akropong in the Eastern Region, and Ho in the Volta Region, under the Ghana Tourism Development Project, supported by the World Bank,” he said.

The President continued, “this Project, in all of a value of forty-million-US-dollars ($40 million), is expected to position the tourism and hospitality sectors as key drivers of social and economic development. Some of the benefits that the project is expected to bring are an enriched access to Ghana’s tourism market, better provision of tourism products and services, and the upgrading of skills in the labour force in the tourism, arts, and culture sectors.”

DISCLAIMER: The Views, Comments, Opinions, Contributions and Statements made by Readers and Contributors on this platform do not necessarily represent the views or policy of Multimedia Group Limited.
Tags:
Akufo-Addo
Alisa Hotel
Tourism