Avatar: The Way of Water world premiered in London 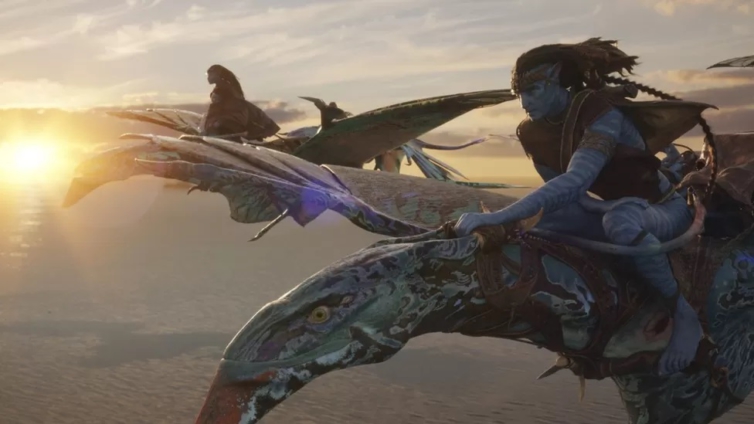 The original Avatar film is the biggest movie of all time

Avatar: The Way of Water, the sequel to the highest-grossing movie of all time, has held its world premiere in London.

Its much-delayed launch comes 13 years after the original sci-fi film, which was released in 2009.

The Avatar series is set on the lush planet of Pandora where the existence of the Na’vi people is under threat.

Speaking at the premiere, Weaver said the film has the “family” as the central theme over the environment as it is more “universal and relatable”.

“It was a joy to be part of that family, we were at each other’s throats sometimes, Jim [Cameron] wanted that… for us to kind of get at each other, still have fun and it’s very much a real family,” she said.

Here are some pictures from Tuesday’s world premiere in London, and you can find more information about the film further down.

Here are the answers to some burning questions earthlings may have about Avatar: The Way of Water.

The first film followed a paralysed marine Jake Sully (played by Worthington) as he travelled to the planet of Pandora, where he took on an avatar body.

He ended up joining the planet’s indigenous population in fighting an attempt by humans to destroy their home to obtain a precious mineral.

The Way of Water is set many years later. Jake now has a family with Neytiri (Saldaña), and it follows their new life on Pandora.

When was it originally due to be released?

In 2010, a year after the original Avatar, 20th Century Fox (as the company was then called, before it was sold to Disney) said there would be two sequels, and that the first of those would be released in December 2014.

That target proved to be somewhat ambitious. And for the next few years, a regular story out of Hollywood was that the release date had yet again slipped back.

Why has it taken so long?

Cameron threw out one version of an Avatar sequel that, after writing it, he decided didn’t deliver.

The Canadian filmmaker also has a life outside cinema, and has spent some time doing deep ocean exploration (although maybe that counts as research for the new film, much of which takes place in and under water).

Cameron also wanted to plot out four sequels. And to take full advantage of new filming developments in the worlds of motion capture and CGI.

How long is it?

Well, it’s not Cameron’s longest film. That honour goes to Titanic, which clocks in at a hefty 3hrs 15mins.

But Avatar: The Way of Water isn’t too far behind. Avatar 2, as it may otherwise be called, has a running time of approximately 3hrs and 12mins.

Slightly less if you dive out at the start of the lengthy end credits!

DISCLAIMER: The Views, Comments, Opinions, Contributions and Statements made by Readers and Contributors on this platform do not necessarily represent the views or policy of Multimedia Group Limited.
Tags:
Avatar
London
The Way of Water