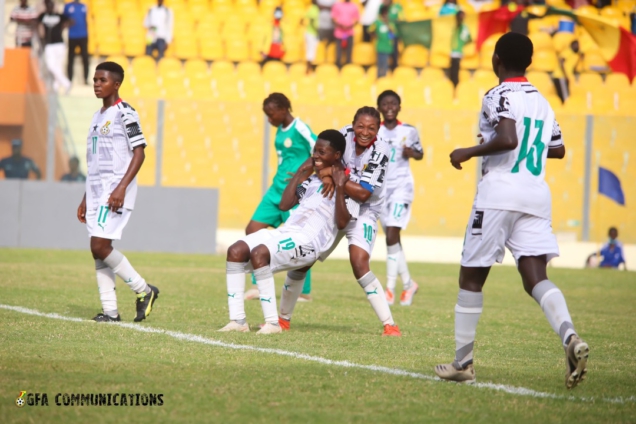 Black Maidens captain, Georgina Ayisha Aoyem, says her side is ready for the FIFA Under 17 Women’s World Cup qualifier against Guinea.

Ghana come up against Guinea in the first leg of the qualifier tie in Conakry on Saturday, April 16, as they seek a first an early advantage.

The Maidens are hoping for a seventh appearance at the World Cup since the inception of the competition in 2008, with this year’s edition taking place in India.

Speaking to the media ahead of the game, Aoyem assured Ghanaians her teammates are more prepared for the clash they chase victory.

“I will say we are even more than ready for the game because we are here to play to win. Even though we know the game is not going to be easy for us but I have the belief in my team that we are going to get a win,” she said.

The head coach of the side, Baba Nuhu, also revealed that there are no injuries in the team after completing their final training session.

“I think we have had our last and official training and just to update you, everyone is okay and ready to play. No injuries according to the report from the medical team,” he added.

Ghana beat Senegal with a 4-0 aggregate scoreline in the previous round of the qualifiers before setting up a clash with Guinea.