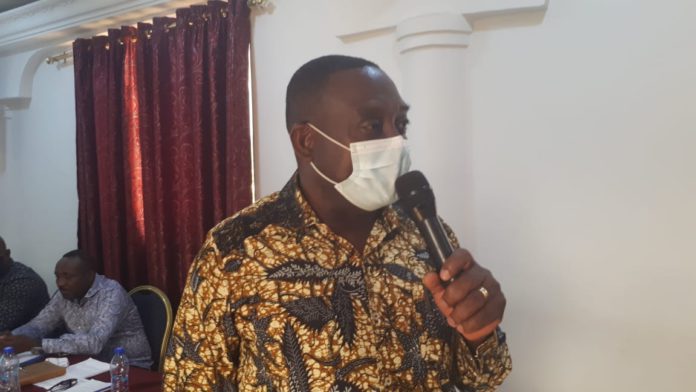 The Director of Communications for the New Patriotic Party (NPP), Yaw Buaben Asamoa, says the introduction of the 1.75 per cent E-levy ushers Ghana into a brand new economy.

According to him, this is a landmine that the nation should explore to undertake various infrastructural projects and turn around the country’s economic fortunes.

He stated that he could not fathom why the National Democratic Congress will ignore such a booming sector and opt for the nation to go back to the International Monetary Fund.

The former Adentan Member of Parliament said this when he met party communicators in Takoradi in the Western Region.

The meeting formed part of series of regional engagements by the party to empower and strengthen communicators with the capacity to effectively propagate the government’s policies and programmes that will resonate with the masses.

According to him, the 2022 budget is a break away from the politics of fuel and debt stock that has ruptured the national conversation.

“The E-levy will deal with the unbridled borrowing that has characterised successive governments with cutting throat interest and freeze taxes on fuel. E-commerce in the country has recorded an unprecedented increase from 35 billion in 2015 and has been estimated to hit a record high of one trillion Ghana cedis by December 2021,” he said.

He further urged party communicators to be confident in touting the gains in the 2021 Agyenkwa Budget.

He also charged them to work hard and turn the Western and Western North Regions into the strongholds of the party.

DISCLAIMER: The Views, Comments, Opinions, Contributions and Statements made by Readers and Contributors on this platform do not necessarily represent the views or policy of Multimedia Group Limited.
Tags:
1.75% E-Levy
E-Levy
New Patriotic Party
Yaw Buaben Asamoa