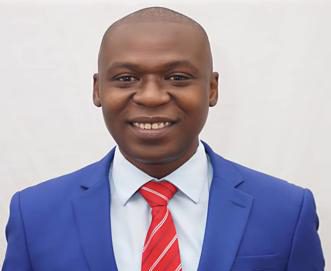 Presidential nominee for the Cape Coast Metropolitan Assembly, Ernest Arthur has been confirmed as the Chief Executive of the area after being rejected twice by members of the assembly.

The voting did not go on smoothly as a fight erupted after an unidentified person allegedly snatched some ballot papers.

Policemen present had a hard time calming the assembly members down when the confusion broke.

The riotous assembly members took no notice of the presence of the Omanhen of the Oguaa Traditional area, Osabarimba Kwesi Atta.

The MP for Cape Coast South had climbed up to the counting area when sorting of the ballot papers was ongoing.

He was confronted by some members including the now confirmed MCE and the chaos erupted. it was in the midst of the confusion that the unidentified person took the ballot box and bolted with it.

However, the Electoral Commission managed to count the number of YES votes which turned out to be 45 while the NO votes were said to be 18, bringing the total valid votes cast to 63.

The issue of how many ballot papers were taken away by the unidentified person remains unresolved.

The MP for Cape Coast South and his counterpart from Cape Coast North, together with some assembly members perceived to be from the NDC, stormed out of the hall to hold a press conference at which they announced that they do not recognise the MCE’s confirmation.

45 minutes after the entire brouhaha, Mr. Ernest Arthur was sworn in at a brief ceremony at the Centre for National Culture in Cape Coast

According to the now confirmed MCE, the chaos has been a drawback as it’s the handiwork of the Cape Coast MP whose party faithfuls were not in support of his nomination due to the political differences.

He however stated that, the division in the assembly would not reflect his work because he is not a divisive person. “I will work together in harmony with elected and appointed members in the area, ” he assured.