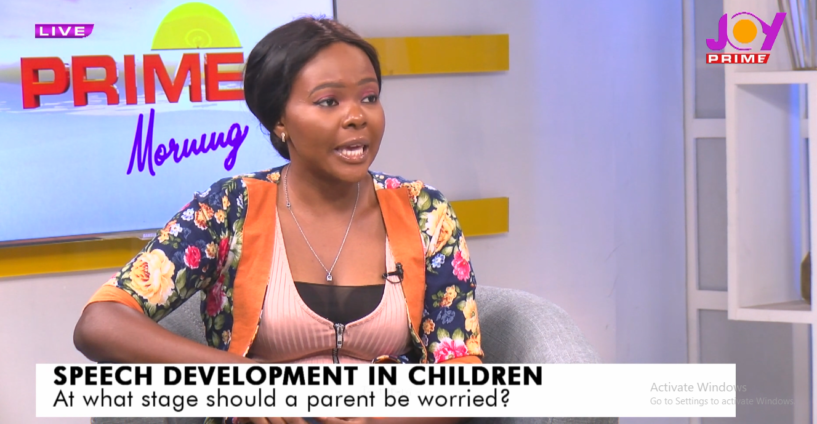 Speech and Language Therapist, Zahrah Ibrahim has contended that the belief that female babies develop speech swiftly than their male counterparts is a folk tale.

According to her, it was a myth in the olden days that made parents of male babies reluctant to seek help, even when their children could not speak.

Speaking on Prime Morning on Tuesday, the therapist asserted that child exposure is the major way to enhance speech development among children, rather than believing the myth.

“…it is a myth, actually. In the past, that’s what they were doing, and it made parents sit down and wait and say, because he’s a boy, let’s wait till he’s about 3 years old.”

“Just so you avoid this, expose your child as much as you can. Have conversations with your children. There are boys who pick up much faster than girls.

The therapist also affirmed that early detection of the deficiency helps to rectify or avoid it.

Zahrah Ibrahim further attested to the fact that autism is one of the leading factors in language impairment. She added that some children without underlying conditions may also develop speech challenges.

“Currently, in the western world, we’re finding out that sometimes there may not be any medical condition, but there’s something we call DLD, a developmental language condition. That means that there isn’t any underlying cause, but the child is just finding it difficult to communicate,” she indicated.

Miss Zahrah further revealed that speech disorders in children could be genetic, as most kids inherit them from their parents, but they can be corrected.

According to her, the prevalence rate of children with communication difficulties is increasing, as 1 out of 5 schools in the country contain a child with speech difficulties.

DISCLAIMER: The Views, Comments, Opinions, Contributions and Statements made by Readers and Contributors on this platform do not necessarily represent the views or policy of Multimedia Group Limited.
Tags:
Joy Prime
Prime Morning
Speech therapist
Zahrah Ibrahim