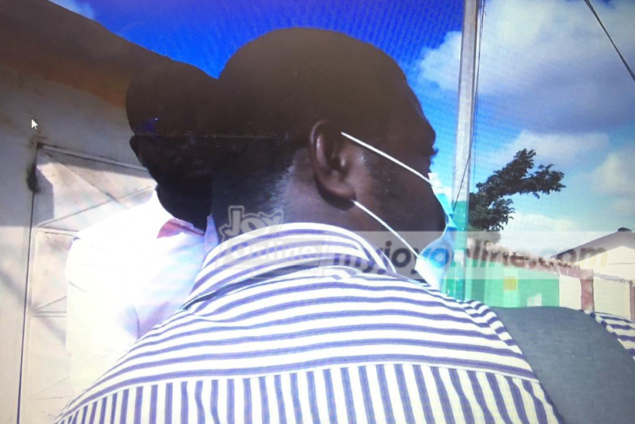 A police officer believed to be attached to the Jubilee House is said to have fired gunshots and physically assaulted some civilians around the Kaneshie Bishop area.

The three victims said they were on their way to get ‘waakye’ after church service on Sunday when the incident happened.

Kofi (not his real name) told Joy News their crossing to the other side of the road provoked Kyei Peprah who was riding a motorbike.

According to him, when they enquired why he was hurling insults at them for crossing the road, “it evolved into a scary situation in which a gun was fired” and “I was brutally slapped”.

Kofi said how the incident unfolded leading to him being slapped and nearly shot in the leg is still a mystery to him.

A friend of the victim, who had been standing right by his side, shared how events unfolded in an interview with the Host of the AM Show on JoyNews.

He recounted how the police officer aimed to shoot his friend in the leg and slapped him after the shot.

Another witness expressed shock at how recklessly Kyei Peprah had acted.

The victim and eyewitnesses say the experience has left them traumatised.

Kofi said the incident aired on Joy News, he got a call from the Police Professional Standards Bureau.

He was asked to come to the scene of the shooting for further investigations.

The police team was led by one ACP Cuthbert and, after they had gathered information from the scene, they told him they would take up the issue.

The case has been lodged at the Kaneshie Police Station.

DISCLAIMER: The Views, Comments, Opinions, Contributions and Statements made by Readers and Contributors on this platform do not necessarily represent the views or policy of Multimedia Group Limited.
Tags:
Kaneshie
Kaneshie Bishop
Kyei Peprah
Police Officer
Shooting incident