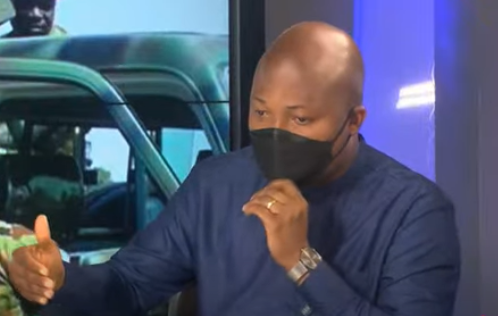 Member of Parliament for the North Tongu Constituency has charged the Foreign Affairs Ministry to serve notice to all countries that any act of victimisation against persons who are in favor of the anti-gay bill will be reciprocated.

Mr Okudzeto Ablakwa in a Tweet described as “most primitive, an unmitigated affront and grave assault” on the sovereignty of the state for any country to use visa considerations as a weapon to influence the decision of duly elected lawmakers.

The comment comes on the back of allegations that some MPs have been denied visas to travel abroad following the introduction of the anti-LGBTQ+ Bill in Parliament.

A leading member of the New Patriotic Party (NPP) based in the United States, Arthur Kobina Kennedy, in a piece titled ‘Tolerance and the Debate about Homosexuality in Ghana’, revealed that some lawmakers, including the bill’s sponsor, Sam George have been threatened publicly and privately.

He further stated that calls have been made to the Speaker, threatening MPs.

“Some have been denied visas and warned to stay away from this issue. It is sad that this intimidation is coming mainly from the Western diplomatic community,” he said.

Owing to this, Mr Okudzeto Ablakwa has entreated the Foreign Ministry to promptly serve notice that the principle of reciprocity will apply “to any nation that embarks on this reckless and provocative path.”

Meanwhile, the passage of the anti-LGBTQI+ bill remains a subject of controversy.

While a section of the public is pushing for its passage on grounds that the activities of the gay community are against the moral values of Ghanaians, others have argued against the passage of the bill, insisting that it will generate hate from the international community.

Regardless, bigwigs in Parliament, including the Minority Leader and the Minority in Parliament have thrown their support behind the bill, emphasising that no amount of intimidation will hinder the passage of the bill.

The decision of Parliament is expected to bring finality to the raging debate about the legalisation of LGBTQ in Ghana.

When the House resumes from recess on the 26th of October, it would be expected to deliberate and vote on the impending bill that seeks to criminalise LGBTQI+ activities in Ghana.

DISCLAIMER: The Views, Comments, Opinions, Contributions and Statements made by Readers and Contributors on this platform do not necessarily represent the views or policy of Multimedia Group Limited.
Tags:
Foreign Affairs Ministry
North Tongu
Samuel Okudzeto Ablakwa
Shirley Ayorkor Botchwey