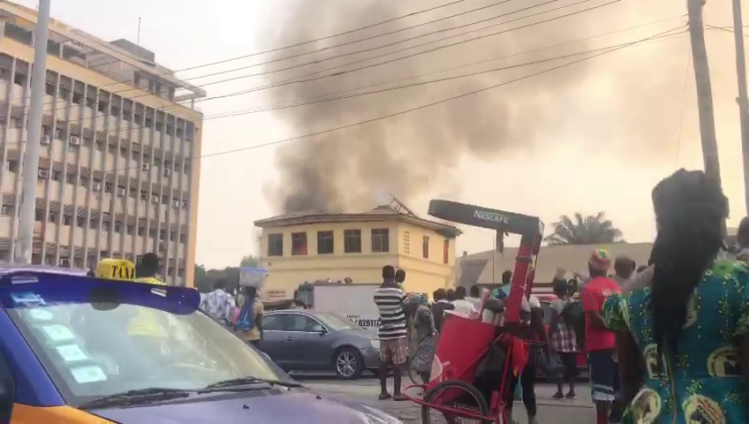 Fire has ripped through a two-storey building near the Internet Protocol Multimedia Communications (IPMC) tower at the Kwame Nkrumah Interchange (Circle) in the Greater Accra Region.

According to eyewitnesses, the fire started around 6:00am until it spiraled out of control.

They accused the Ghana National Fire Service (GNFS) of delaying to attend to the emergency, thus resulting in more destruction.

“It took them an hour before they got here and even that, the first Fire Service vehicle that came first had no water in the tank,” an eyewitness told JoyNews.

Although the cause of the fire is not known, Ghana National Fire Service personnel are currently at the scene fighting the fire.

According to JoyNews‘ Nii Papafio, the personnel have been battling with the inferno for close to one hour.

MyJoyOnline.com is closely following the story, we will keep you updated.