'For me, this ban will not stand' - Seth Osei reacts to being banned for 30 months - MyJoyOnline.com

‘For me, this ban will not stand’ – Seth Osei reacts to being banned for 30 months 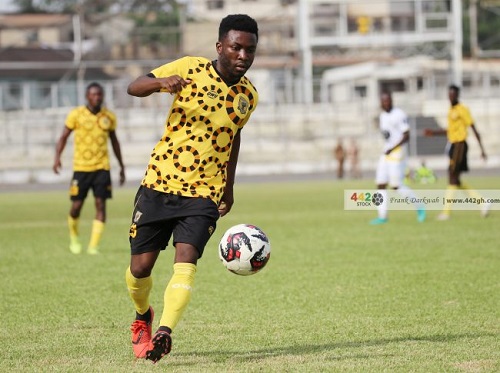 AshantiGold midfielder, Seth Osei, has denied being involved in any activity of match manipulation their AshGold’s game against Inter Allies last season.

The Miners beat the Tema-based side with a 7-0 scoreline at the Len Clay Stadium in a game the Ghana Football Association confirmed to be a fixed fixture.

After a thorough investigation into the game, the Ghana Football Association came out with a verdict on Monday, May 16, with both teams suffering demotion to Ghana’s Division Two while some other players were also handed bans.

Osei was handed a 30-month ban 7-0 for his involvement in the game which saw his side score seven times at home in the Ghana Premier League.

However, speaking in an interview with Pure FM, the 22-year-old said he does not believe the ban will be effective as he was not involved.

“I am innocent and I am not worried about this ban,” he said.

“I have no idea about this because I was not involved in this scandal and for me, this ban will not stand.

“I never had communication with any player ahead of the game and that is my worry.

“This ban will not stand because I am innocent,” he added.

The decision from the Ghana FA is set to be effective from the 2022/23 season.