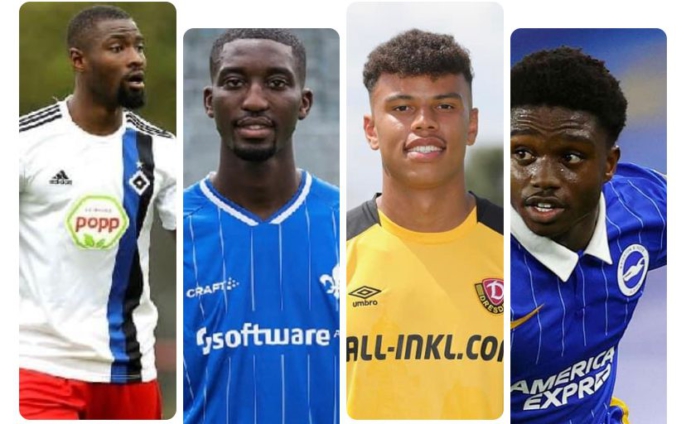 This comes after months of pursuit which saw several GFA officials fly to a number of countries to try and convince some dual nationalities.

After finishing third in the 2022 Kirin Cup, head coach of the Black Stars Otto Addo confirmed there will be new additions and he hoped it would be official before the next international window.

Inaki Williams has been on the cards of the GFA for about two years now with Okraku personally travelling to Spain to meet the player and his family.

Williams was born in Spain and plays for Athletic Bilbao but is eligible to play for Ghana through his Ghanaian parents.

Tariq Lamptey, who has represented England at youth level, has been embarking on humanitarian works in Ghana. Okraku also met with the father of the Brighton and Hove Albion defender who will now don the jersey of the Black Stars.

Stephan Ambrosius was handed his debut call-up ahead of the 2021 Africa Cup of Nations but opted to play for Germany’s youth teams instead. The 23-year-old is fully convinced with Ghana’s project and has officially switched his nationality as well.

Patric Pfeiffer and Ransford-Yeboah Königsdörffer were both eligible to play for Germany but have chosen to play for Ghana instead.

Mohammed Salisu, who is already Ghanaian, will now honor Black Stars call-ups as reported by Joy Sports on Monday.

It is believed the GFA will continue to work around the clock to convince other players such as Callum Hudson-Odoi, Eddie Nketiah, etc.

The new entrants will have the opportunity to make their respective Black Stars debut in the final international window (September) before the 2022 World Cup in Qatar.

DISCLAIMER: The Views, Comments, Opinions, Contributions and Statements made by Readers and Contributors on this platform do not necessarily represent the views or policy of Multimedia Group Limited.
Tags:
Black Stars
Inaki Williams
Tariq Lamptey