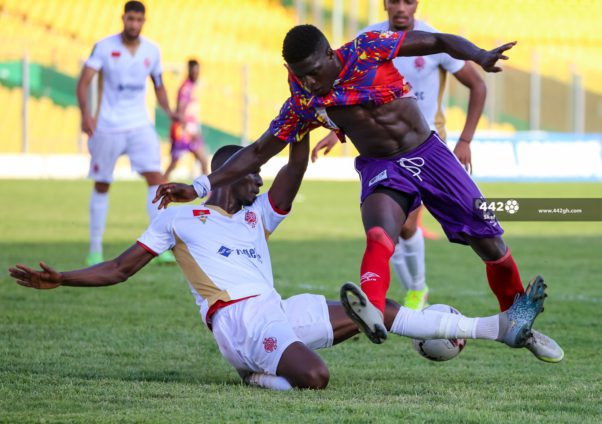 Hearts of Oak secured an advantage in the preliminary round of the CAF Champions League against Moroccan counterparts, Wydad with a 1-0 victory.

A late first-half goal from Isaac Mensah made sure that a depleted Wydad team left Accra disappointed not to score at least a goal.

Besides the entertainment produced by both sides, referee, Helder Martins Rodrigues emerged as a talking point after the game, with fans of Accra Hearts of Oak left displeased with his performance.

The complaints and displeasure of fans was also reiterated by board member of the club, Dr. Nyaho Nyaho Tamakloe who asked for the GFA to lodge a formal complaint to CAF, against Rodrigues.

“My worry is the refereeing. I think we have to do something about this refereeing because there are rules and regulations in refereeing. But this particular referee I think either CAF or FIFA, in fact, I’ll even suggest GFA writes a letter of protest about his performance. It was so awful, so obvious. I think this is a disgrace for African football. This sort of refereeing cannot help African football. I think the FA definitely have to make a formal complaint to CAF about what happened today,” Nyaho said to Joy Sports after the game.

Hearts of Oak will make a trip to Morocco ahead of their October 24 return fixture with Wydad.

The club will definitely hope officiating improves, in order to enhance their chances at qualifying to the group stage of the CAF Champions League.