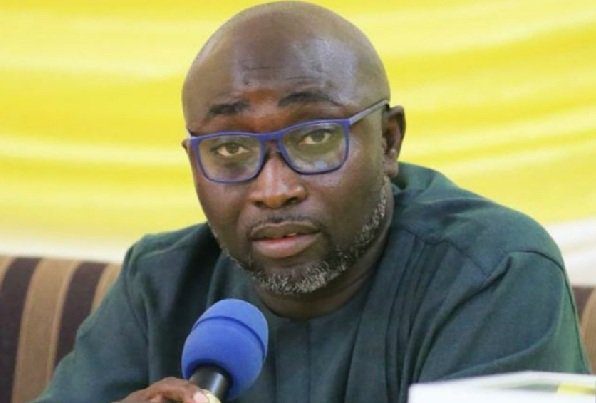 The secretary of the Ghana Football Association (GFA), Prosper Harrison Addo, has insisted that the association will turn attention to sanctioning individuals who criticise match officials in the country without proof.

Clubs, club executives, individuals and coaches have all been found guilty of making ill comments about match officials in the ongoing Ghana Premier League season with some also using their social media accounts to instigate attacks on the performances of some of the referees.

In view of that, the GFA is looking to put an end to such issues with Harrison Addo revealing that there are formal processes for clubs to complain about the conduct of officials in games.

“You cannot be in association football and then as and when you conveniently cannot side-step these structures. So in Ghana (GFA), we have structures for dealing with referees for their incompetence or referees we feel performed below par or took decisions that you feel in your estimation are not right,” he told JoySports.

“We are one of the countries where we have a formal process for clubs to complain, so all the clubs have it. The rules are there when you make allegations that you cannot substantiate, then the rules will bring you in.”

The GFA secretary also added that some club executives and coaches have already been charged with others also yet to be charged.

“Some of the things that people say without proof – sometimes confront us in the marketing room where discussions are being done about marketing. So once the rules are there, trust me they will be enforced irrespective of the person involved. All those people, I said either they have been charged already or they will be charged.”

Meanwhile, the GFA’s match review panel has suspended referee Joseph Kenny Padi for the rest of the season following his decision to award a penalty to Asante Kotoko in their league game against Hearts of Oak at the Baba Yara Stadium.