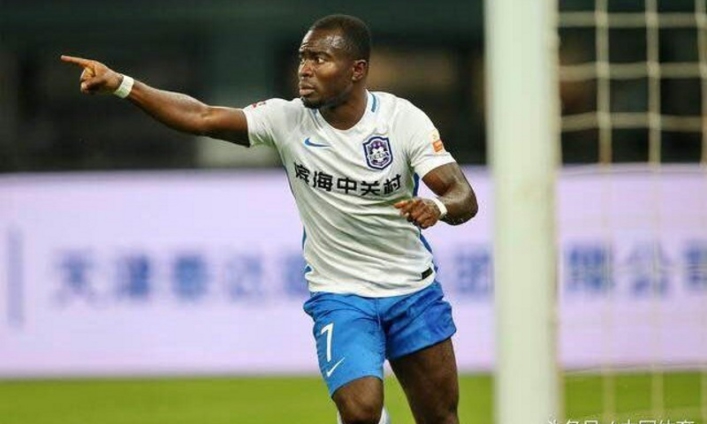 Black Stars winger Frank Acheampong has been named captain of his side, Tianjin Teda, becoming the first Ghanaian to captain a club in the Chinese top-flight.

Head Coach Uli Stielike’s decision to make the unstoppable winger the new captain is seen by fans of the club as a reward for his hard work, dedication, commitment, exceptional leadership skills and most importantly the quality he continues to demonstrate on the field.

“I’m particularly honoured to be made captain of this great club, it has come at a very challenging time where the club is struggling very early in the season, I hope that with a collective effort we can turn around our season”.

The 26-year-old will captain the team for the first time on Monday in their Super League clash against Hebei CFFC.

Tianjin made a poor start to the campaign. They are without a win in four games, losing three and drawing one. But Acheampong and his teammates are poised to turn around the fortunes of the club.

Acheampong joined Tianjin Teda in 2017 from Belgian side Anderlecht and has thus far made 56 appearances. He has been directly involved in 43 goals, scoring 26 goals and providing 17 assists.