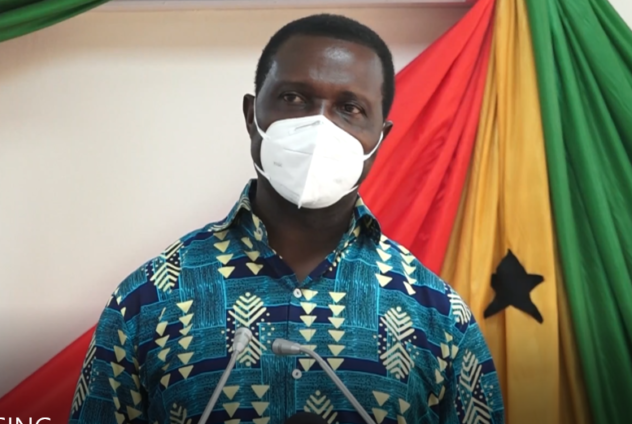 The Government through the National Buffer Stock Company Limited has started the distribution of limited foodstuffs to Senior High Schools (SHS) across the country.

The nationwide food distribution is in fulfillment of a promise made by Dr Yaw Osei Adutwum, the Minister for Education, during a meeting with the leadership of the Conference of Heads of Assistant Secondary Schools on December 28, 2021, in Accra.

This was in a statement from the Ministry of Education, copied to the Ghana News Agency, in Accra.

The statement said Reverend John Ntim Fordjour, Deputy Minister for Education, in charge of General Education, addressing the media in Kumasi after supervising some food distribution in Kumasi, said all SHSs in the country had started receiving supplies needed to feed students returning to school after the vacation.

He explained that until that period, most schools in the country had enough stocks of foodstuffs even before the reopening and described the limited distribution as a supplementary effort to ensure that the schools did not run short of food during the period of schooling.

Some of the schools visited were Opoku Ware and T I Ahmadiya SHS in Kumasi. Rev Ntim Fordjour assured all parents and other stakeholders that everything was being done possibly by the Government to ensure that schools were supplied with all the resources needed to keep them going to ensure that students stayed in school and studied.

He commended the leadership of CHASS for the matured way they handled the recent concerns leading to its amicable resolution.

The Deputy Minister who is also the Member of Parliament for Assin South, stated that the Government would continue to engage all stakeholders at all times as it continued to put in place the best of measures to promote teaching and learning.

He appealed to parents to ensure that their children reported to school and made good use of the academic period.
CHASS’ National Executive Council had resolved not to reopen schools from January 5, should the Government through the Ministry of Education and the Ghana Education Service fail to honour all outstanding bursaries and food supplies to the schools by December 31.