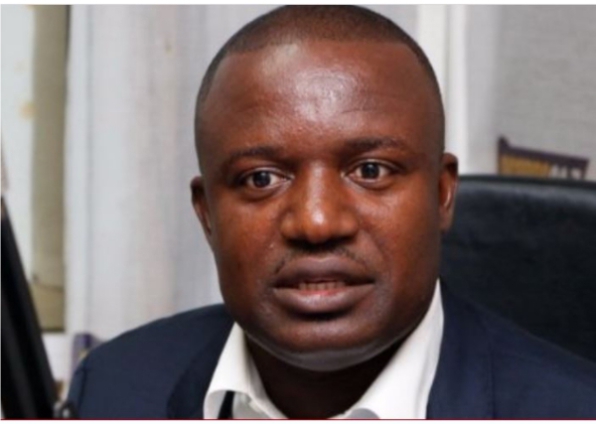 A Ranking Member on Parliament’s Mines and Energy Committee, John Abdulai Jinapor, has said that government’s decision to reduce fuel prices by 15 pesewas is ‘shambolic’.

According to him, given the recent levels of increment in fuel prices, the move by government will not provide any meaningful relief to the burdens of consumers.

The NDC lawmaker made these comments while contributing to discussions on UpFront with Raymond Acquah, on Thursday.

The MP stated that, “If you reduce petroleum prices by 15 pesewas, what is the net effect? The net effect is that you’re reducing the prices by 1.4%. Already, this year, petroleum prices at the pomp have increased by about 66%. And so if prices have gone up by about 66% and you move the whole government machinery to brainstorm for 4 days and the only thing they can do is to reduce fuel prices by about 1%, for me that is shambolic. That is a drop in a mighty ocean.”

John Jinapor posited that, the woes of the economy, is as a result of the decline in the value of the exchange rate.

In his view, the drastic depreciation of the Cedi is the reason for the economic hardship; a situation which cannot be blamed on the COVID-19 pandemic nor the conflict between Russia and Ukraine.

But the Finance Minister, Ken Ofori-Atta, disagrees with this position. Addressing a press conference on Thursday, on the measures taken by government to mitigate the current economic challenges in the country, he explained that, the COVID-19 pandemic, coupled with other factors, are the reasons for the country’s dwindling economic fortunes.

“If we look at the world today, there are two clear forces shaping global events: the impact of the novel coronavirus pandemic and the crisis in Ukraine.

Three (3) things that we did not (and could not) predict hit us: That Parliament would approve Government’s 2022 Budget Statement and its expenditure plans and then turn around to vote against one of the key revenue generation measures that was being introduced, the e-levy.

That the unyielding stance of the Minority in Parliament against the E- levy would gravely affect investor confidence in our capacity to implement our programmes and settle our debts, triggering a downgrading by credit rating agencies, and now leaving the cedi vulnerable as we could not access the International Capital Market”, the Finance Minister explained.

He therefore announced some austerity measures to cushion the economy, amidst the difficulties. Mr. Ofori-Atta further explained that, the interventionary measures are in two folds, that is measures to reduce expenditure, as well as measures to mobilise more revenue for government.

As part of these measures, he revealed that his outfit is in talks with Ministries, Departments and Agencies (MDAs), to take a second look at their expenditure.

“Discretionary spending is to be further cut by an additional 10%. The Ministry of Finance is currently meeting with MDAs to review their spending plans for the rest of the three (3) quarters to achieve the discretionary expenditure cuts”, the Minister stated.

He added that, “there will be a 50% cut in fuel coupon allocations for all political appointees and Heads of government institutions, including SOEs, effective 1st February, 2022. With immediate effect, Government has imposed a complete moratorium on the purchase of imported vehicles for the rest of the year.

This will affect all new orders, especially 4-wheel drives. We will ensure that the overall effect is to reduce total vehicle purchases by the public sector by at least 50 percent for the period. Again, with immediate effect, government has imposed a moratorium on all foreign travels, except pre-approved critical/statutory travels”.

Other measures included the elimination of ‘ghost’ workers from the Government payroll by end December, 2022, as well as the conclusion of the renegotiation of the Energy Sector IPPs capacity charges by end of Q3-2022 to further reduce excess capacity payments by 20%, to generate a total savings of GHS1.5 billion.

Meanwhile, apart from the comments from John Abdulai Jinapor, the Minority Leader, Haruna Iddrisu, has also criticised the measures announced by the Finance Minister, Ken Ofori-Atta, to mitigate the country’s current economic challenges.

“Our immediate response to the honourable Minister of Finance is to state emphatically and unequivocally that he’s lost touch with reality; he’s not in tune with the state of the Ghanaian economy.

Our economy today is one that reflects nothing less than a cost of living crisis and a cost of doing business crisis. Both for citizens and for businesses who are unable to cope with the measures so announced by the Honorable Minister for Finance. We do not find his proposed measures adequate enough”, Haruna Iddrisu stressed.