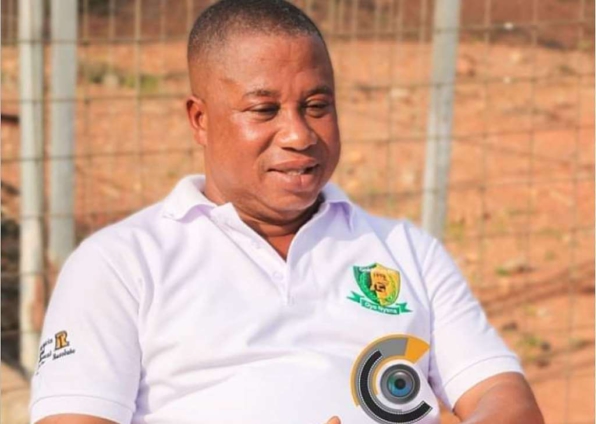 Kobina Amissah has left Bibiani Gold Stars just 29 days after he guided them to their first ever promotion to the Ghana Premier League.

The club from the Sefwi and Bibiani township earned a historic promotion to the top flight after picking up 65 points from 30 games in Zone Two of the Division One League.

Bibiani Gold Stars, in the process, became the first side to be promoted to the Premier League for the 2021/22 season.

According to the CEO of Gold Stars, Akwasi Osei, the club agreed to part ways with Amissah.

“We have mutually agreed for coach Kobina Amissah to move on with his life after his two-year successful stay with us and indeed it has been successful.

“We wish him well in his future endeavors but look, he will forever remain in our heart,” he added.

It is unclear what Gold Stars’ next technical direction will be, but for Amissah his pattern of not lasting with teams he’s promoted to the top flight continues.

This is the fourth time Amissah has failed to complete a Premier League season with a team he has promoted.

In 2008 he helped Berekum Chelsea gain promotion, in 2011 he helped Sekondi Hasaacas back up, he then moved to Elmina Sharks where they were promoted in 2015.

In these three teams, Amissah only started the Premier League season once, and that was with Elmina Sharks were he was sacked halfway through the season.

“During the Anas expose, I also worked through the Normalisation period and the Covid season. So I feel like I need to change the environment a bit.

“I am tired and I need a break. I am not quitting the game. I am too young for that, but I need time for myself to recharge,” he said.

DISCLAIMER: The Views, Comments, Opinions, Contributions and Statements made by Readers and Contributors on this platform do not necessarily represent the views or policy of Multimedia Group Limited.
Tags:
Bibiani Gold Stars
Division One League
Ghana Premier League
kobina amissah