I believe in us, we believe in ourselves – Mohammed Alhassan ahead of WAC clash 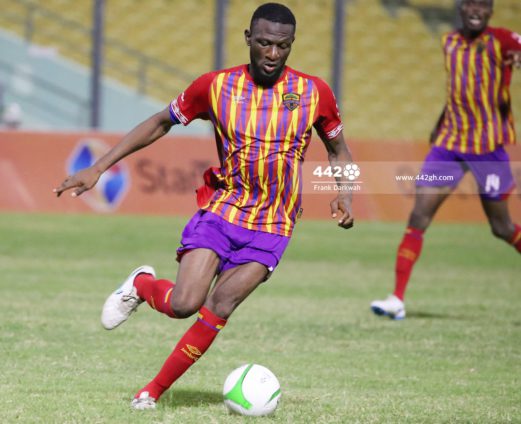 Hearts of Oak defender, Mohammed Alhassan has backed himself and Hearts of Oak to overcome the Wydad challenge in Casablanca.

Despite heading into the encounter with a slight advantage, many have predicted Hearts to have a difficult time against the North Africans.

Before the first leg, Wydad had not lost in four consecutive games and scored six goals in the process. After their defeat to Hearts, the club beat OC Safi 1-0, in the Botola – Morocco’s first division.

The side sitting atop of the table are yet to lose a league game this season, and Alhassan indicated that though Hearts have a difficult task ahead, they are confident in their own abilities.

“They being in Ghana here, we saw what happen. One thing I believe is when we put in hard work [and] comport ourselves like we did in Ghana here, we are going to carry the day. But I believe in us, we believe in ourselves, the oneness, the understanding. If you were privileged to interview one of the WAC players, they will have certified that ‘yes, I’m playing with one of the biggest clubs in Africa’. So we going there I know it’s going to be tough,” the defender said to Joy Sports.

Should Hearts win in Casablanca, or even have a positive result over two legs, the Phobians will make an appearance in the group stage of the CAF Champions League for the first time in more than 15 years.