I have always wanted to play for Ghana - Antoine Semenyo - MyJoyOnline.com

I have always wanted to play for Ghana – Antoine Semenyo 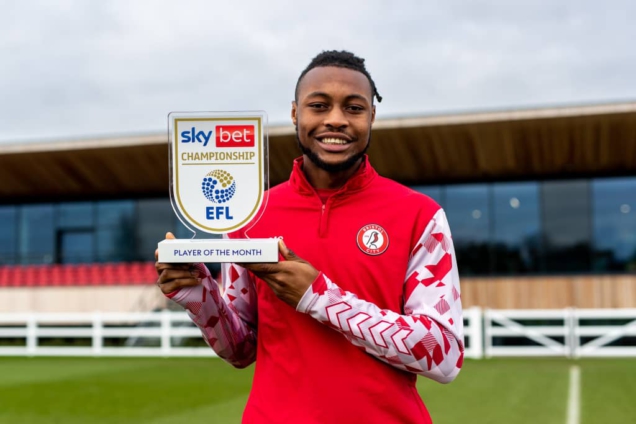 Bristol City forward, Antoine Semenyo, says it didn’t take him a long time to decide to play Ghana after being contacted as it had always been a dream for the Black Stars.

The forward has been in stunning form for his side in the English Championship, netting eight times and providing 12 assists with his side languishing in the 17th positive after 45 games played.

Speaking with Happy FM earlier on Monday, May 2, the 22-year-old revealed the decision to play for Ghana was something he had always wanted.

“No [It didn’t take long to decide on playing for Ghana]. I have always wanted to play for Ghana but it was just the timing,” he said.

“I needed to obviously get a bit of form and experience before hopefully, I could reach out to Ghana. Obviously, they have come to me so I can’t complain.”

But for his injury in March, Semenyo was in line to make his Black Stars debut against Nigeria in the 2022 FIFA World Cup playoff.

The forward said he was in good shape and was looking forward to the game only for his injury to rule him out.

“I felt it was the right time. I felt I was playing really well. I felt the call [to play for Ghana] was the right thing to do but obviously the injury came. I was so prepared for the game [vs Nigeria],” he added.

“I’ve got few friends in Nigeria so I wanted to obviously win and get the bragging rights but for myself, it’s always an honour and I will always be ready for the Black Stars.