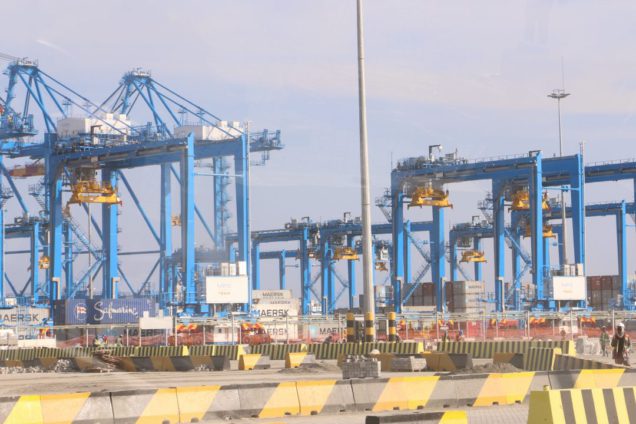 Industrial Relations Practitioners widely believe that the most satisfactory and happiest human relationships are the product not of legal compulsion pursued by Ghana’s National Labour Commission but rather voluntary determination among human beings to cooperate.

Though, as a country, we have legislation to regulate the relationship between employers and employees, there will never be industrial peace and harmony without good faith, integrity, a high degree of responsibility and a genuine desire to cooperate with all parties concerned.

To some of us in practice, without this spirit of goodwill, all of man’s social, economic and labour laws will eventually prove to be in vain.

Act 651 consolidated previous legislation on Industrial Relations and intended to be user friendly such that the majority of labour-related regulations are now found in one enactment.

It has further introduced certain new features into industrial relations law in Ghana. Key areas covered by the Act are the provisions made for the operation of private employment centres in addition to public employment centres established under NLCD 157.

The Act also established a National Labour Commission with equal representation from the government for the first time, organised labour and employers with a chairman jointly nominated by both employers and organised labour.

This commission has vast powers to regulate relations between workers and employers. It makes provision for prompt and time-based settlement of disputes to avoid the occurrence of strikes or lockouts.

It also provides for cooling-off periods before strikes or lockouts could take place. Act 651 fundamentally, among other things, sought to assist the government as a critical social partner to institute measures to end the labour agitations in Ghana.

Additional to the Labour Act is Act 320 of  1970, which establishes the Department of Factory Inspectorate.

The latter’s objectives are to prevent occupational accidents and diseases that arise from exposure to stresses in the working environment by promoting and enforcing measures that would safeguard the health and safety of workers using as a basis the provisions of the factories, Offices and Shop Acts and its related regulations.

Labour form an essential plank of the economic development plan of every civilised nation. The growth of every economy depends mainly on the productivity of the nation’s labour force.

One key element in assessing economic growth is the increase in a country’s Gross Domestic Product (GDP) directly related to labour productivity.

As a result, every Government endeavours to maintain an environment friendly to labour productivity.

Regrettably, successive governments have practically not paid attention to this crucial sector, probably because of the government’s dual role as an employer and as a regulator. It is not surprising because it is peculiar to any country where the unemployment rate is so high.

Typical instances are that employers take advantage of the helplessness of employees and exploit them. It compels workers, mainly illiterate and unskilled, to accept jobs, inhuman working conditions and stingy wages, notwithstanding.

This high unemployment situation also has a cascading effect on the efficacy of trade unions on organising to bargain more effectively with employers.

Admittedly, the government has rolled out several interventions to address the unemployment menace, such as NABCO, Planting for Food and Jobs, One District One Factory, and Agenda 111.

However, these interventions may not arrest the chaotic nature we are treated with on the labour front and protect employees and employers from scores of challenges they face presently.

To this end, the government needs to deliberately strengthen the institutional capacity of the Labour Department, National Labour Commission, and the Department of Factory Inspectorate with capabilities to perform their functions.

These institutions, when strengthened with the suitable capacity, these agitations and protestations would be minimised to the barest minimum to provide a means of ensuring sustainable development of the country in terms of increased production of goods and services.

Unfortunately, this has not been the case with Act 651 because workers have at all material times organised to present a real test to the employers.

Agitations and activism among workers in Ghana continue to be noticeable. Typical instances are the scores of protestations and demonstrations we witness every day, as well as the scores of complaints lodged at the National Labour Commission daily.

These developments on the labour fronts, among other undesirable ramifications, have adverse effects on employment, reduce business confidence and increase the risk of economic stagflation. In addition, such strikes have a significant setback on the growth of the economy and investment opportunities.

Economic growth is one of the essential pillars of any serious state, particularly when the country seeks to quickly recover from the effects of life-wrecking Covid-19 hence putting in place measures that enhance or speed up our country’s economic growth. The economy of a country is stable, the lives of the people improve with available resources shared among the country’s inhabitants or citizens. However, it becomes problematic when the economy’s growth hampers the exercise of one or more of the constitutionally entrenched rights available to employees.

Industrial actions such as strikes and demonstrations in Ghana are becoming more common, affecting businesses, employees and their families, and eventually, the economy.

The confronting interest of both employers and employees makes the employment relations of every State quite a sensitive sector which features highly on national security. As noted earlier, workers form the backbone of every economy.

Therefore, if the relationship between employers and employees harmonised, it could ensure sustainable development of the country in terms of increased production of goods and services.

About the author; Jerry Detse Mensah-Pah is an Industrial Relations Officer with the Health Services Workers Union (HSWU), Public Policy Analyst and a Fellow at the Centre for Social Impact Studies (CSIS).