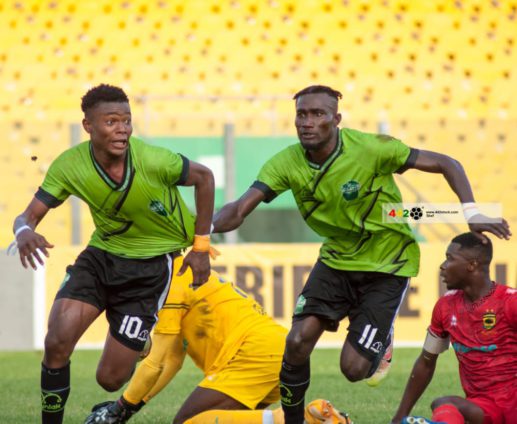 After completing a transfer from Steadfast FC, the 17-year-old has taken to Ghana’s top flight.

In Dreams’ fixture with Great Olympics, Fatawu proved once again why he was the crave of some of Europe’s top clubs. The teenager scored two goals of the highest quality to earn Dreams FC a point in their 3-3 draw with Great Olympics.

Dreams are currently 4th on the table and have scored eight goals in 4 games. Issahaku in 4 games, has scored 4 of Dreams’ 8.

Speaking in his post-match presser, Zito likened Issahaku to legend, Abedi Pele. He indicated that the skillset and threat of Issahaku means he will be always be a target for the opposition, and as a result wants Ghana Premier League referees to protect the teenager.

“Fatawu is the next Abedi Pele and the referees have to guide him and this is what they do in Europe especially when a player comes out. Definitely clubs would come with a plan against him just to injure him and at the end of the day Ghana loses and I pray God to protect him from injuries,” Zito said.

Issahaku will be looking to extend his form as Dreams face Bechem United in round 5 of the premier league.