Kotoko has the quality to win trophies – Prosper Odum 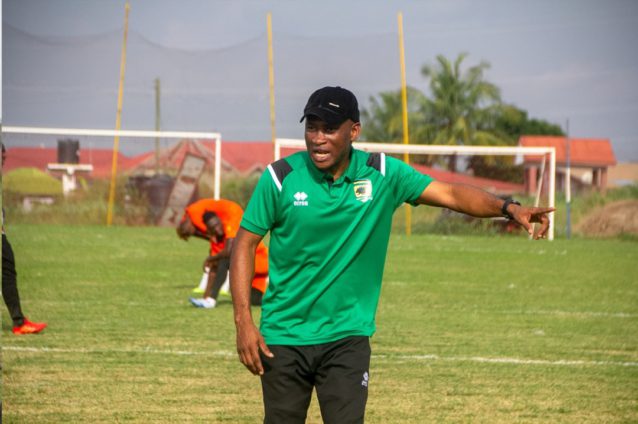 New head coach of Asante Kotoko, Dr. Prosper Narteh Odum, is confident of his chances of ending a four-year trophy drought of the Porcupines.

Kotoko annexed the FA Cup title in 2017, and since then, football in Ghana failed to reach a conclusive end till the 2020/21 season, where Hearts of Oak ended a 10-year wait for Premier League glory.

Perhaps, Kotoko have the Normalization Cup title they won in 2019 to make a case.

Despite that, Kotoko have been under pressure recently, following the league and FA Cup successes of bitter rivals, Hearts of Oak.

The Porcupine Warriors after starting the season in dominant fashion saw their form decline. The appointment of Barretto as head coach, following the dismissal of Maxwell Konadu did little to rescue their falling title hopes.

However the Porcupines are approaching the season with renewed energy, bolstering their squad with the acquisition of Richmond Lamptey, Samuel Boateng and budding talent, Clinton Opoku from Phar Rangers.

After taking charge of the team in their first training session ahead of the new Premier League season, Odum is confident of their title chances.

“I think we have the quality to let us play and win trophies this season. I believe that talent will always win you games, teamwork will let you win championships. I believe that the quality we have now, if I’m able to blend them into a good team that knows its structure, that knows how to move with and without the ball, tactical awareness, what they have to do with and without the ball and giving them information about the opponent – how the play on offence and defense, I think once these things are done at training, with the quality we have in the team, we should be good to go,” the new Kotoko head coach said to Kotoko media.

The 2021/22 Ghana Premier League season will commence on October 29. Fixtures for the season and opening weekend are yet to be released.