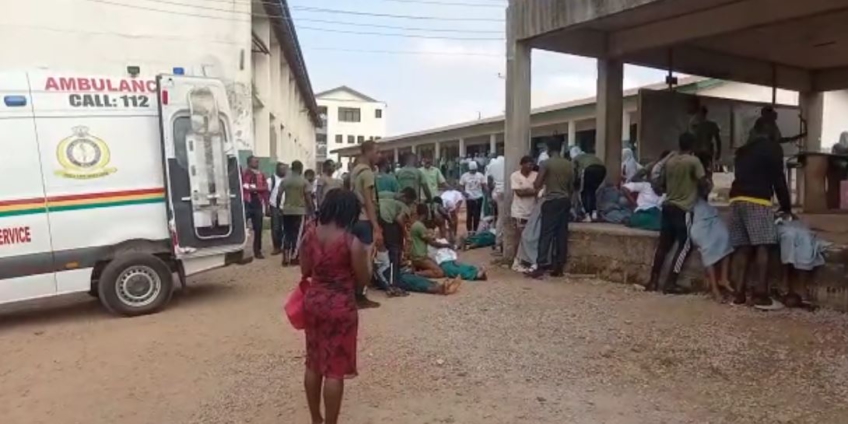 Security Analyst, Dr. Adam Bonaa has blamed the casualties recorded during the protest by students of Islamic Senior High School on the institution’s Management.

In an interview on JoyNews’ Top Story, on Monday, he said that managers of the School should also be held responsible for the incident.

He queried if the school’s administration gave prior notice the Police about the demonstration.

“At what point did the Management release the kids onto the streets to demonstrate. Did they go through the process of informing the Police and were they given any response?”

His assertion was in reaction to an incident that resulted in 25 students being hospitalised after Police allegedly opened tear gas on them. The students were protesting frequent crashes of pedestrians in front of the School.

In response, Dr. Adam Adam Bonaa was outraged by the Police’s treatment of the students during the protest, describing their action as despicable.

“If the protocols were followed, you will see that the young kids were not attacking the Police at all in any form, and so shooting and throwing of tear gas canisters into these children, some of them might be 12, 13, don’t have stronger lungs.

“I have seen some images like something that looks like spent shells, tell me that they [Police] might have used some lethal bullets in giving the warning shots,” he said.

According to him, “it beats my imagination for these children who commandeered them? Who sent these trigger-happy Police officers to Senior High School to brutalise these children?” he asked.

Meanwhile, the Inspector-General of Police (IGP), Dr. George Akuffo Dampare has assured students and Management of the School that he will look into the conduct of Police officers deployed for crowd control during their protest.

Dr. George Akuffo-Dampare, while addressing the students on Monday after the incident, said investigations will be conducted into the matter to ensure the necessary action is taken.

DISCLAIMER: The Views, Comments, Opinions, Contributions and Statements made by Readers and Contributors on this platform do not necessarily represent the views or policy of Multimedia Group Limited.
Tags:
Dr Adam Bonaa
Islamic Senior High School
Police