Mahama did his best, NDC will decide if he deserves another chance at presidency - Duffuor - MyJoyOnline.com

Mahama did his best, NDC will decide if he deserves another chance at presidency – Duffuor 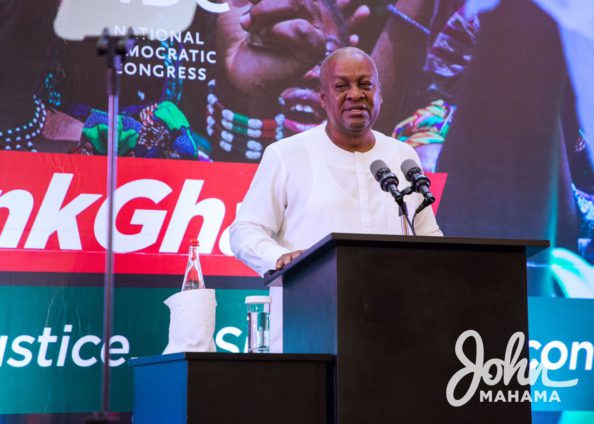 Former Finance Minister, Kwabena Duffuor, has said he is unable to rate the performance of Ex-President John Dramani Mahama as President of Ghana.

Dr. Duffuor, speaking on Joy FM’s Super Morning Show on Tuesday, said he is unable to make this assessment due to the close relationship his son has with the 2020 NDC flagbearer.

He nonetheless indicated that history will be the best judge of the work done by Mr. John Mahama during his presidency.

Dr. Duffuor told hosts Kojo Yankson and Winston Amoah, that the former President gave his utmost best to ensure the growth of the economy irrespective of the challenges.

When asked if former President Mahama did a good job, he answered “Why not. Do you see anything wrong with that? I wouldn’t like to (assess him). He is my son’s friend. No, I don’t want to hurt my son. John did his best, let me tell you.

In politics, you go in there to do your best. Nobody has been declared the best President in the world. When it gets to your time, you do your best and go away. Another person comes to continue.”

He further defended his position by stating that it is a taboo to speak ill of one’s predecessor in Ghanaian tradition, hence same should be applied in politics.

“I come from an area where when you inherit your brother or uncle, you don’t go in there to talk about the bad things he did. It is a taboo. You only go there to correct what he did quietly and build on that. It is a tradition.

JoyNews/AdomNews · Mahama did his best, NDC will decide if he deserves another chance – Duffuor

According to the former Governor of the Bank of Ghana (BoG), if given the opportunity to run for the presidency on the ticket of the National Democratic Congress (NDC), he would continue the works of the former President.

“I have been a governor. I continued from where my predecessor left. I didn’t go to the Finance Ministry to erase what Baah-Wiredu did. Wherever I go, I build on what I am given.

That is what you call development,” he added.

Meanwhile, when asked if Mr. Mahama should be given a second chance, Dr Duffuor noted that the rank and file as well as the leadership of the National Democratic Congress are best to decide if the former President is the best man to run for President on the ticket of the party in the 2024 general elections.

“The party will decide,” he stressed.