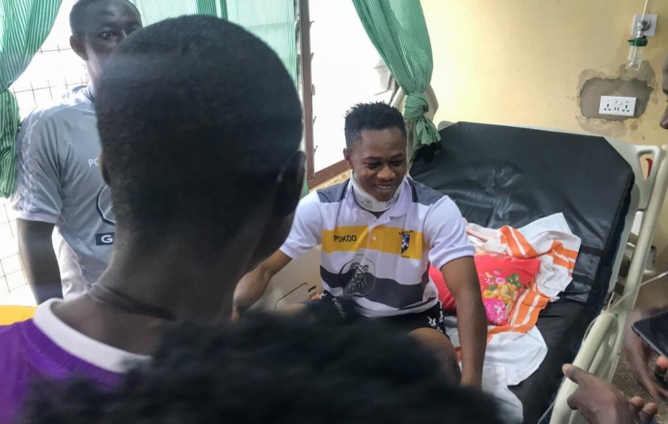 Zakaria Mumuni, who plies his trade for Medeama SC in the Ghana Premier League has been released from hospital following a collision with Berekum Chelsea’s Edwin Akuffo in their game week 29 encounter.

The winger was taken to the hospital after 20 minutes in the goalless match between the two teams, soon after CPR tests were performed on the field to bring his situation under control.

Mumuni was given further medical care by the health practitioner on duty, Daniel Agyei, who later discharged the player at exactly 9:02am on May 19, 2022, to join his teammates, who were patiently waiting for him for recovery before leaving Berekum.

The player is expected to be given further monitoring before being reintroduced into the field of play in the next weeks.

Medeama will look to travel to Accra to face Great Olympics on Saturday, May 21, 2022.