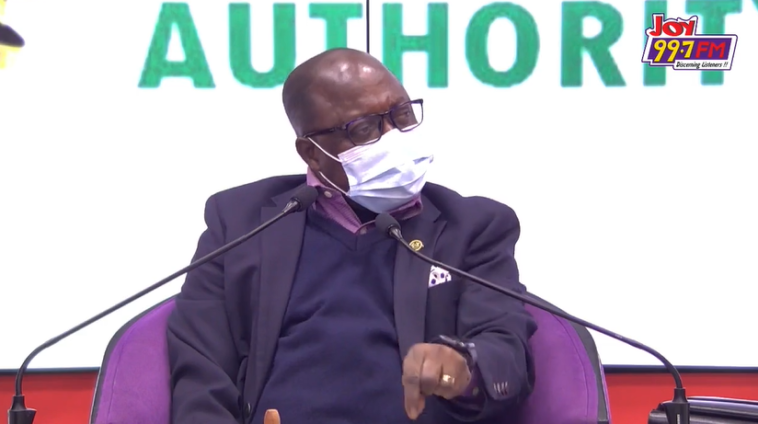 Executive Secretary of the National Identification Authority (NIA) says that its next initiative is to merge the ECOWAS passports of Ghanaians with their Ghana Card, making it a digital passport.

Professor Ken Agyeman Attafuah speaking on Joy FM’s Super Morning Show, Thursday, said there would be a time when it would be easy to apply for a passport simply by providing your Ghana Card number.

This, he said, would make it possible for airline companies to have access to the set of data they need from the NIA.

He said that the technical team at the NIA are working vigilantly to ensure that it is made possible to give Ghanaians the convenience necessary for their travels.

“At the moment, both the Ghana Card and the passport are valid for travelling within Africa,” he said.

With the institution of digital addresses, he said it would be easy to apply for a paper passport without breaking a sweat.

Another plan he noted was the international recognition of the Ghana Card after it has been merged with the ECOWAS passport number,

“The Ministry of Foreign Affairs and Regional Integration will also be providing us (NIA) with the support to approach the International Standardisation Organisation in Montreal, Canada for them to publish the certificates that are on the Ghana Card. So that it would be recognised worldwide.

“Your paper passport has recognition and acceptance worldwide because a public infrastructure, a certificate that is on it has been published by the Republic of Ghana, through this agency worldwide, and so it has acceptance,” he said.

He added that the same technology would be applied to the VISA, whereby it would be incorporated into the Ghana Card on a chip.

“You can go for your Ghana Card that has that feature whether it is the US, or Canada or Brazil. They can put the VISA on the chip that would mean the end of identity theft, passport fraud, and all those kinds of malpractices that are associated with the acquisition of passports.”

DISCLAIMER: The Views, Comments, Opinions, Contributions and Statements made by Readers and Contributors on this platform do not necessarily represent the views or policy of Multimedia Group Limited.
Tags:
ECOWAS Passport
Ghana Card
National Identification Authority (NIA)