Nima clash could escalate to other rival groups if not dealt with – Spokesperson of Chief Imam - MyJoyOnline.com 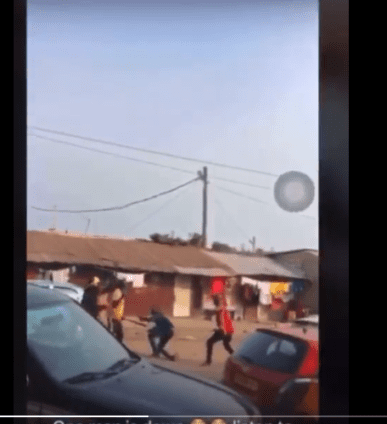 The Office of the National Chief Imam has warned of more clashes between rival groups in other communities if urgent steps are not taken to deal with deep-seated issues of concern.

Speaking on Joy FM’s Midday News on Thursday on behalf of the National Chief Imam, he stated that the clash between the two factions, is a matter of national security.

According to Sheikh Aremeyaw Shaibu, the activities of such groups threaten the very survival of everyone and must be addressed immediately.

“This is a national security matter, it is not a matter for Maamobi and Nima. It can trigger in other communities. They have guns with them hidden, and no one is talking about it. So it must be viewed nationally,” he said.

He added that “because we are Muslims, we say we must target the Zongo communities where such tendencies are on the rise.”

“I want to see Islam bringing refined human beings. It is a terrible threat to us …,” he noted.

He stated that an approach must be adopted to ensure that the current situation at Nima is addressed.

His comment comes in the wake of a bloody clash between rival youth groups of Nima and Maamobi on Tuesday, January, 18, 2022.

Videos of the clash which circulated on Twitter showed the youth from the adjoining communities slashing each other with machetes amid gunshots.

Nine persons remain in the custody of the Police with two others gaining a prominent position on the Police wanted list with a bounty of GHC 20,000 for anyone who can provide information that could lead to the arrest of the ring leaders.

Meanwhile, the National Chief Imam, Sheikh Osman Nuhu Sharubutu has condemned in no uncertain terms, the deadly clash between the youth of Nima and Maamobi.