9-year-old boy tied up in a sack rescued in Tafo Zongo - MyJoyOnline.com 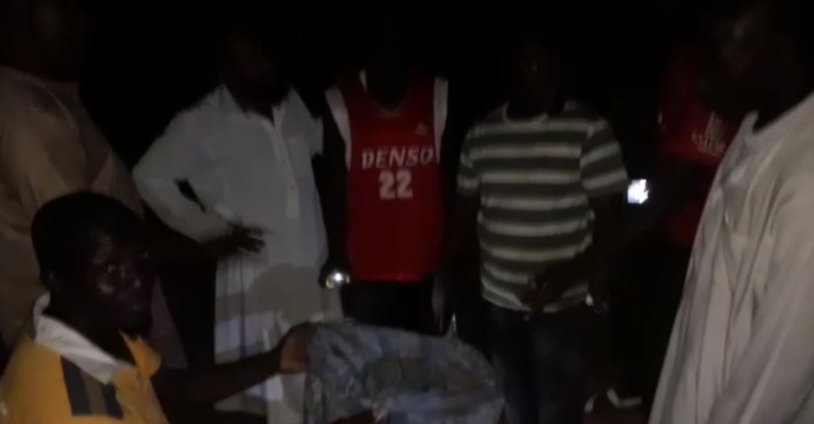 Fear gripped residents of Tafo Zongo, a suburb of Kumasi in the Ashanti Region when they found a young boy tied in a sack on Saturday night.

The good Samaritan who found the boy at the entrance of his gate had come out of his house to go for his early morning Muslim prayers (Fajr) when he saw the suspicious sack.

Drawing closer, he used his torchlight to throw light on the sack as he approached it.

He called others close by him who helped him untie the sack only to find a weak and unconscious young boy tied up in the sack.

At the time JoyNews’ Mohammed Nurudeen got to the scene, the boy had been rushed to a medical centre for examination.

According to the residents, there have been similar cases in the past, however, the current incident is more surprising.

The mother of the victim, Sadia, said the boy left home to hawk some items only to fall into the hands of a suspected kidnapper.

She is thankful to God for saving her son’s life and called on parents to be more vigilant when their children are going out.

Sadia promised never to send her son out alone to sell.

The boy has currently been discharged and residents say they will be more watchful to avert similar occurrence in the future.