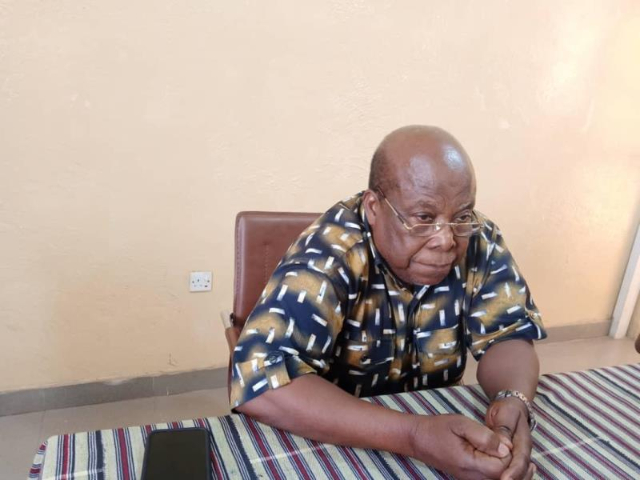 Saanbaye B. Kangberee, the Upper West Regional Chairman of the New Patriotic Party (NPP) has reiterated the importance of the media and said; “It is only dictators who do not like the media.”

He emphasized that the media were important for the growth of every democracy and must be supported to play that role effectively instead of being bastardised.

Mr Kangberee was speaking at a meeting with journalists and media practitioners in Wa aimed at deepening the working relationship between the media and the party in the region.

He said as they approached the 2020 elections, politicians in their quest to gain or stay in power would be at each other’s throat with all manner of allegations and counter-allegations.

Saanbaye B. Kangberee, the Upper West Regional Chairman of the NPP, addressing the journalists

The media must, therefore, be tactful in their reportage to avoid inflaming passions that would lead to chaos and derail the country’s democratic gains, he said.

Mr Kangberee noted that the work of journalists was important in building democratic institutions, keeping the citizens informed and ensuring accountability among the people, especially politicians and public officeholders.

He said the least politicians could do was to appreciate the work of the media and encourage them to continue to hold the country together through fair, accurate and balanced reportage.

The NPP Regional Chairman noted that journalism thrived on the truth but cautioned that, sometimes, where the truth would lead to confusion and chaos, journalists should hold high the peace of society and exercise restraint.

He assured the media of an open-door policy of the NPP Regional Office and that they should not hesitate to seek clarification on any information before publication.