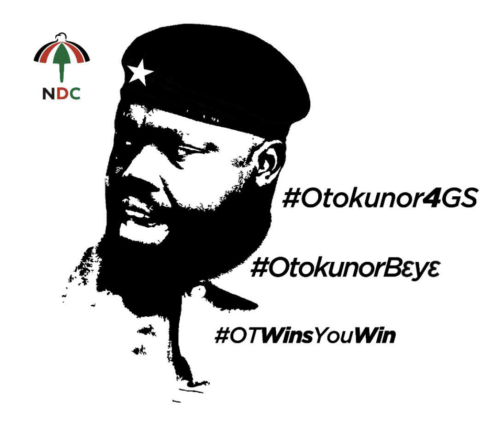 In a short on his social media platforms on Sunday, October 9, he said “the wait is now over.”

He has pledged his resolve to work towards ensuring the NDC wins the 2024 presidential elections to form the next government.

“In recent times, our party has gone through one of its most difficult phases, since 1992. We have been through two major elections in an environment, that can be best described as hostile, unfair, and undemocratic, yet in the face of these challenges we have demonstrated resilience, and determination and  have come together to work for our collective progress.”

According to him, this non-negotiable as the Akufo-Addo/Bawumia-led government has brought untold hardships to Ghanaians.

“This happens at a time when the Akufo-Addo, Bawumia government have plummeted the country’s fortunes and left millions of Ghanaians in economic despair…I, all these times, as I served as Deputy General Secretary, have never lost touch with you. I have learned from the best and the party”.

He will be seeking to replace Johnson Asiedu Nketiah, who has served in that capacity for 17 years.

DISCLAIMER: The Views, Comments, Opinions, Contributions and Statements made by Readers and Contributors on this platform do not necessarily represent the views or policy of Multimedia Group Limited.
Tags:
Asiedu Nketia
General Secretary
Government
NDC
Otokunor