Parliament's attendance register: Anyone could have signed for Adwoa Safo - Sylvester Tetteh - MyJoyOnline.com

Parliament’s attendance register: Anyone could have signed for Adwoa Safo – Sylvester Tetteh 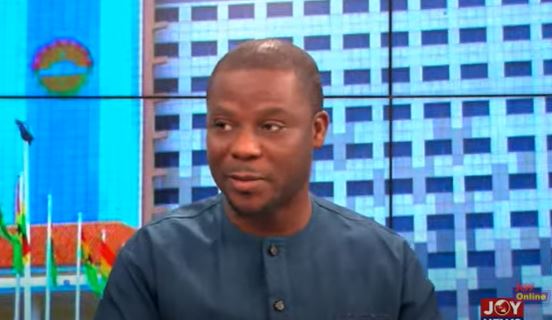 The Member of Parliament for Bortianor-Ngleshie Amanfro, Sylvester Tetteh, says it is premature to apportion blame on any side in Parliament for the Dome-Kwabenya MP, being marked present in the attendance register for proceedings last Friday, April 1.

According to Mr Tetteh, either the Majority or the Minority could have falsified Adwoa Safo’s signature.

“We have a register that if you walk in, you walk to the table office and sign. We have our numbers so you flip through the slip and you sign. It could come from either side of the House because once you have the attendance before you, you have your colleagues whose names are on the register.

You could decide to sign for them. Nobody verifies that,” he said.

Speaking on JoyNews’ AM Show on Tuesday, he noted that since attendance is taken at the table office, it may have been an individual at the post who signed on behalf of the Dome-Kwabenya MP.

“It might not be necessarily coming from the Majority or Minority side. Somebody, perhaps from the table office can equally do that. It is difficult to attribute it.”

JoyNews/AdomNews · Anyone could have signed for Adwoa Safo – Sylvester Tetteh

Interacting with host, Benjamin Akakpo, Sylvester Tetteh said Adwoa Safo was no where close to Parliament as alleged.

Because she has been away for a while, if she certainly comes into the Chamber, obviously, her presence would attract attention. She is a neighbor on my floor, so, obviously, I’d extend a hand,” he said.

To ensure such challenges are resolved, the Bortianor-Ngleshie Amanfro MP suggested that the biometric system be employed for attendance.

“We have it when entering our offices and I think we should do that as part of our attendance record. Otherwise, if I want to be mischievous and Suhuyini is not in the Chamber, I could sign for him.”

There was controversy in Parliament on Monday when it came to light that Sarah Adwoa Safo had been marked as having been present in the House last Friday, April 1.

The Adentan MP, Mohammed Adamu Ramadan, detected the unusual occurrence and raised concerns over why the MP, had been indicated as present in the votes and proceedings for last Friday.

“I don’t know whether the table office is giving effect to the Speaker’s ruling that you don’t have to be physically present in the Chamber to be captured. I don’t know if Adwoa Safo is back in this jurisdiction.”

According to reports, Adwoa Safo was not in the chamber, hence Mr. Ramadan’s contention.

The concern sharply divided the legislators over the true interpretation of an earlier ruling by Speaker Alban Bagbin, that MPs can be marked present if they are within the precincts of Parliament.