Parliament's Foreign Affairs Committee's report on ratification of host country agreement between Ghana and AU for establishment of AfCFTA - MyJoyOnline.com 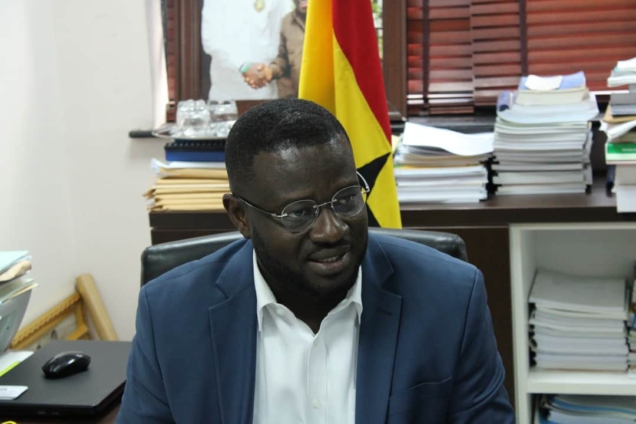 The Host Country Agreement executed between government of Ghana and the African Union Commission on February 10, for the establishment of the Secretariat of the African Continental Free Trade Area (AfCFTA) in Accra, Ghana pursuant to Article 75(2) of the 1992 Constitution was laid in Parliament by the Foreign Minister Shirley Ayorkor Botchwey on June 3, 2020.

The Speaker referred the Agreement to the Committee on Foreign and Affairs for consideration and report in accordance with Order 140(4) and 183 of the Standing Orders of the House.

The Committee met on Wednesday, July 15, 2020, and deliberated on the Agreement. In attendance was the Deputy Foreign Minister Mohammad Habibu Tijani and Officers of the Ministry.

The Committee is grateful to the Hon. Minister for Trade and Industry and the Deputy Minister for Foreign Affairs and Regional Integration and their respective Teams for their support and assistance in consideration of the Agreement.

The following documents guided the Committee during its deliberations and in preparing this report:

3.0       BACKGROUND
The Agreement establishing the African Continental Free Trade Area was adopted by the Assembly of Heads of State and Government of the African Union at its 10th Extra-ordinary Session on 21st March 2018 in Kigali, Rwanda.

At the 12th Extra-ordinary Session held on 7th July 2019 in Niamey, Niger and per its decision Ext/Assembly/A.U./Dec.2 (XII) of the Assembly of Heads of State and Government, wherein the Assembly decided that the Republic of Ghana shall host the AfCFTA Secretariat and further requested the Commission, in collaboration with the Republic of Ghana, to finalise the host country agreement following the Executive Council Decision Ex. CL/195(VI) Rev. I of July 2005 on hosting Organs of the African Union.

Key provisions of the Agreement include

The Committee was informed that the Ministry of Foreign Affairs and Regional Integration worked closely with the Ministry of Trade and Industry and other stakeholders in the conclusion of the Host Country Agreement. Stakeholder consultations were organised to seek inputs before finalising the Agreement with the African Union Commission.  A working group was also constituted to review the Agreement together with officials of the African Union Commission. The Committee was assured that the Ministry would continue to consult with all stakeholders towards the implementation of the Agreement.

5.2       Appointment of Secretary-General and other Staff

The Committee was informed that the AfCFTA Secretary-General had been appointed by  AU Heads of State and Governments at the 33rd Ordinary Session of the Assembly. In addition, four Directors and essential staff are currently being recruited. The Committee was informed that other essential staff for the Secretariat would be seconded by the AU Commission and the Member States.

The Committee is of the view that given the contribution of Ghana in hosting the Headquarters of the AfCFTA, a special dispensation should be given to Ghanaians in the recruitment of the staff of the Secretariat. The Committee accordingly urges the Ministry to pursue and persuade the Secretariat to reserve for Ghanaians a specified quota of its staff.

The Committee was informed that trading is expected to commence on 1st January 2020.

In pursuit of the new commencement date, an AU Summit is scheduled for December 2020 to consider and approve the protocols for trading including Rules of Origin and Rules on Market Access which are to be determined first by the Council of Ministers.

In line with the programme towards the commencement of trading in January 2021, the Government has scheduled to officially handover the Headquarters of the AfCFTA Secretariat and the official residence of the Secretary-General to the AU by August 2020. It is therefore imperative that the Host Country Agreement is approved by the House to facilitate the handing over process.

The Committee observed that there are substantial financial obligation and responsibilities for the Government of Ghana in hosting the AfCFTA Secretariat.  The Committee noted that in Article 3 of the Agreement, Ghana is required to provide “secured, equipped and furnished permanent premises at its expense for the Secretariat as its Headquarters in Accra”. Article 5 further requires the Host Country to provide, among other things, “secured, equipped and furnished official residence of the Head of the Secretariat”. Article 6 further enjoins Ghana to provide a “settling-in cash grant of 10 million United States Dollars for the AfCTA Secretariat to commence operations”.

Regarding the settling-in cash grant of US$10 Million for the Secretariat to commence its operations, the Committee was informed that the amount was meant to be paid upfront to the AU Commission but was to be released as and when a request was made for the preparatory works and programme of the Secretariat. Accordingly, monies have been advanced for purposes of the re-configuration and furnishing of the Headquarters, the acquisition and furnishing of the official residence of the Secretary-General, acquisition of vehicles, recruitment of the Secretary-General and other principal officers, among other expenditures. The Committee was informed that the Ministry was currently conducting a reconciliation of accounts with officials of the AU Commission on funds disbursed to date and would furnish the Committee once the process is complete. The Ministry further assured the Committee of the commitment of the Government to respect its obligation in respect to the settlement grant.

In respect to the provision of security for the premises of the Secretariat and the residence of the Head of Secretariat, the Committee was made aware that adequate arrangements had been made with the Ministry of the Interior and the Ghana Police Service to the effect. The Ministry informed the Committee that the Security Agencies responsible for diplomatic protection had been notified and that they had given the assurance of the provision of adequate security and protection for the premises, the residence and officials of the Secretariat.

The establishment of the Secretariat in Ghana would enhance the country’s leverage and influence on the African continent and the world at large. It would also facilitate the effective execution of the mandate of the AfCFTA, which seeks to deepen the economic integration of the African continent by creating a single continental market with free movement of businesses, people and investments. The projected benefits of the Agreement are significant, and the Secretariat would serve as the framework for the implementation of the decisions of the Member States of the African Union.

The Committee is satisfied that Ghana’s obligations under the Agreement are in line with Host Country Agreements in other African countries hosting AU Organs and therefore recommends to Parliament to approve the Agreement by Resolution in accordance with Article 75(2) of the Constitution.