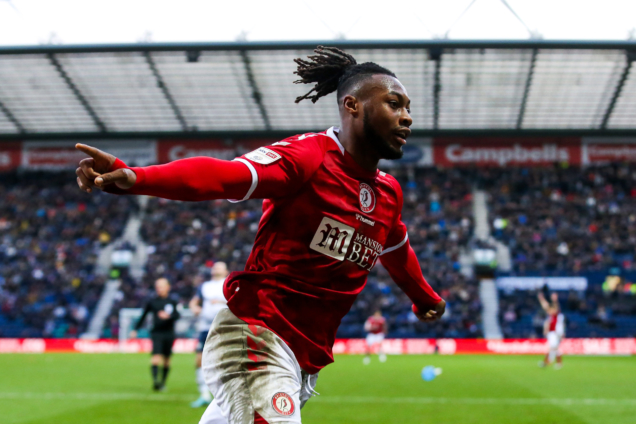 Bristol City forward, Antoine Semenyo, has revealed playing at the 2022 FIFA World Cup will stand tall as the biggest achievement in his career.

The 22-year-old was in line to make his debut for Ghana in the World Cup qualifier playoff against Nigeria in March but was left out of the final squad after suffering an injury.

On his return from injury, the player has contributed to six goals in five appearances in the English Championship, with his performances likely to earn him a spot in the squad for Ghana’s upcoming games.

With the World Cup in Qatar also a possibility, the forward says it will be a great achievement for him to be at the mundial.

“[Playing at the World Cup] could be one of the biggest things in my career – biggest achievement,” Semenyo told Happy FM in an interview.

“I mean I could never say to myself in the few years that I would play at the World Cup or have a chance of being called up, so the World Cup could be one of the biggest things of my career for sure.

“Not many people get the chance to do that so I will be glad to say that [I could play at the World Cup].”

Semenyo also revealed the call to play for Ghana was first made to him by Otto Addo, a moment that left him with no words.

“Otto [Addo] called me and told me the news about being called up,” he added.

“When he called me it was a bit surreal. I didn’t actually believe so I didn’t say anything on the phone when he was saying it but he called me and obviously told me and I was so speechless, honestly.”

DISCLAIMER: The Views, Comments, Opinions, Contributions and Statements made by Readers and Contributors on this platform do not necessarily represent the views or policy of Multimedia Group Limited.
Tags:
Antoine Semenyo
Black Stars
otto addo
World Cup