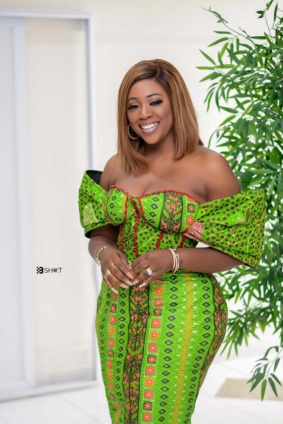 The categories are Media Woman of the Year, TV Personality of the Year and TV Show Host of the Year.

Roselyn Felli has been in the media industry for close to two decades.

The media personality began the establishment of her career with Television Africa Limited, where she served as a co-host of the morning show on TV Africa.

For her dedication and hard work in the industry, she has won numerous awards, including TV Personality of the Year at the National Communication Awards held in November 2021 and the second edition of the Ghana Outstanding Women Awards (GOWA).

She is currently the co-host of Prime Morning and The Sixth Sense. She is also the host of Changes all on Joy Prime.

Roselyn Felli, has over the years carved a niche for herself in the media industry as one of Ghana’s finest TV presenters.

The media personality is also a dynamic event emcee as well as a lifestyle analyst.

Roselyn holds a diploma in Insurance from the National Insurance Commission, a certificate in Marketing from the Institute of Commercial Management and a Bachelor’s Degree in Fine Arts, Events Management option from the University of Ghana.

DISCLAIMER: The Views, Comments, Opinions, Contributions and Statements made by Readers and Contributors on this platform do not necessarily represent the views or policy of Multimedia Group Limited.
Tags:
Joy Prime
National Communications Authority
NCA Awards 2022
Prime Morning
Roselyn Felli