'Samuel Boadu is one of the best in Africa' - Goalkeeper Richmond Ayi - MyJoyOnline.com 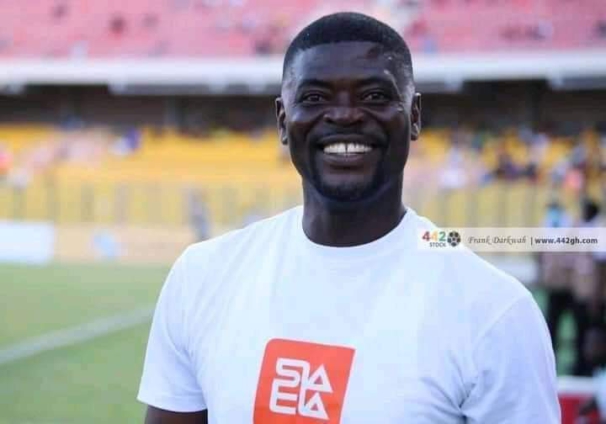 Hearts of Oak goalkeeper, Richmond Ayi believes his coach Samuel Boadu is among the best trainers on the continent.

Boadu has been at the Rainbow club for about 18 months and has five trophies to show for with the latest being the 2022 MTN FA Cup triumph over Bechem United over the weekend.

He had already beaten rivals, Asante Kotoko for the President’s Cup trophy.

The 36-year-old has also guided the club to back-to-back qualifications for CAF Inter-club competitions during his short time at the club.

“We have one of the best coaches in Africa. He is young and growing into the job.” Ayi said in an interview with Asempa FM.

“[In] two years, he has won five trophies. Tell me the coach who has attained that feat in the last ten years,” he quizzed.

Boadu joined Hearts midway through last season following the resignation of Serbian gaffer, Kosta Papic, and other members of the technical team.

Despite the turbulence, he guided the Phobians to their first Ghana Premier League title in 12 years and a double since 2000.

Winning the double automatically handed him the 2021 Super Cup trophy.