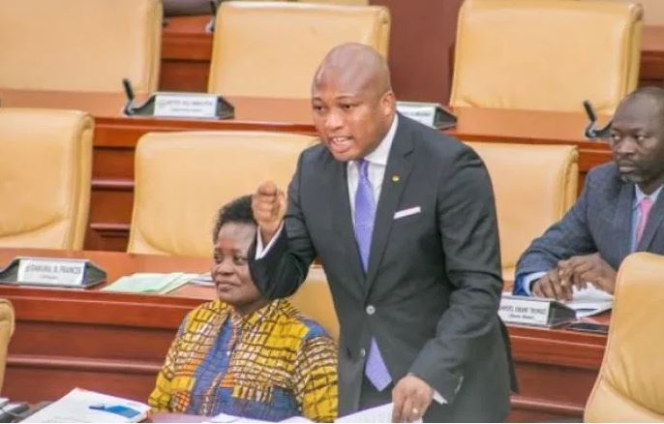 The Member of Parliament for North Tongu is asking the Minister for Foreign Affairs and Regional Integration to step in and calm the brewing tension between the Ghana Police Service and the British High Commission.

Samuel Okudzeto Ablakwa says it is important the issue is addressed so it does not mar the diplomatic relationship between the two countries.

According to him, the Minister should use the diplomatic channels available to her in resolving the disagreement.

“I expect the Foreign Affairs Ministry to step into this and deescalate and use diplomatic channels to address the issue,” he said in a media interview.

Meanwhile, the Ranking Member on the Foreign Affairs Committee also said the Committee is interested in looking into the grievances.

The Ghana Police Service has replied the British High Commissioner, Harriet Thompson, over her comments in relation to the arrest of the convener of the FixTheCountry Movement.

Madam Harriet Thompson, in a Tweet on Tuesday, May 17, said she looks forward to seeing how the arrest of the convener of the FixTheCountry Movement will turn out.

However, the Police in a letter signed by the IGP, Dr. George Akuffo Dampare to Madam Harriet Thompson said her tweet was from either a “biased or uninformed position.”

“Ordinarily, the Ghana Police Service would not have responded to comments such as yours, obviously made from either a biased or uninformed position.”

“What is more, we consider your tweet as a violation of the Vienna Convention on Diplomatic Relations, 1961 which enjoins diplomatic missions not to interfere in the internal affairs of their host country.”

DISCLAIMER: The Views, Comments, Opinions, Contributions and Statements made by Readers and Contributors on this platform do not necessarily represent the views or policy of Multimedia Group Limited.
Tags:
Ablakwa
British High Commission
Foreign Affairs Minister
Police